The London Underground may lead to more places than those found on the brightly colored map on display in every Tube station.  The evocative names of each stop may mean more than just a place for weary travelers to get on and off a mere train.  What if the Underground was the entrance to an entire world underneath the great city, a world existing beside the London currently polished and glittering for the Royal Wedding?

The City of London is too intriguing a character, and has too long an colorful a history, not to  have been used more than once in this marvelous fashion.  Neil Gaiman’s Neverwhere is a magical view of London Below, a world that co-exists invisibly below and around London Above, our London.  The differences between our London and London Below can be stark, brutal and even horrific.   There is a terrible beauty in the world Below, but also terrible danger.  There be monsters, monsters that take your sanity, your soul, or just steal your heart.

One man, Richard Mayhew, is the reader’s entree into London Below.  It is significant that he finds the invisible world through an act of charity–he rescues an injured young woman that he believes is a street person.  By saving her, he disappears from his life as a corporate drone, into desperate danger, running for his life. Knightsbridge Station becomes a Knight’s Bridge guarded by an actual Knight that he must battle, and there is a deadly Beast under London that must be defeated.  In the end, he saves the girl, but at what cost?  He can have his old life back, but he may have discovered too much about himself to ever want it back.

The Nightside provides a different view of a London, and is also reached by Tube stops not generally known.  Simon R. Green’s series, beginning with Something from the Nightside.  The Nightside is a place where it is always 3 am, where dreams come true and nightmares come alive.  Every sin and every form of degradation is for sale.  Gods and monsters walk side by side, and incursions from other times and other dimensions are common.  The Nightside is “Not a Nice Place”, and Green’s protagonist, John Taylor, would never claim to be a “Nice Person”.  But Taylor does what is necessary to keep the Nightside from going completely to hell.  Because the Nightside is meant to be a place where neither Heaven nor Hell has dominion.  Although sometimes it’s a pretty near thing.

Neverwhere has a lyrical feel to it, in spite of the  horrors that Richard Mayhew goes through.  There is beauty there.  At the end, we understand why he makes the choice he does.  It’s the choice we want him to  make, even though  he could be content otherwise.

The Nightside is not beautiful.  It is intentionally dark and gritty.  John Taylor is one of the snarkiest anti-heroes you’ll ever read.  He’s funny, but it is gallows humor of the extreme variety.  John Taylor does what is needed, whether anyone agrees with him or not.  They just better get out of his way if they know what’s good for them. 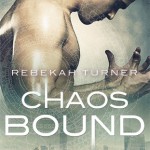