Magician Murphy is the wizard who makes things go wrong in Castle Roogna, the third book in Piers Anthony’s never-ending Xanth series.  The original Xanth trilogy (A Spell for Chameleon, The Source of Magic, and Castle Roogna) was really funny, and I’ve never forgotten either the scene with the curse-burrs, or Magician Murphy.  It’s my humble opinion that Anthony should have quit while he was ahead.  His bank account probably disagrees in the extreme. 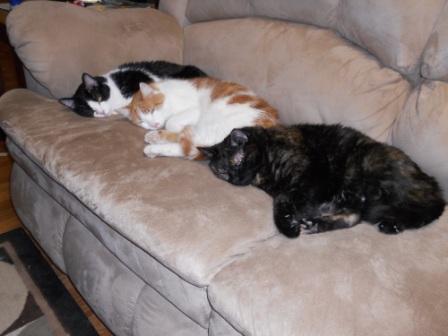 Magician Murphy paid us an extended visit.  After five days of sitting on his decision, the owner of the first house we applied for decided not to have our four cats as tenants. Renting a house with four cats in tow is always an interesting proposition, but generally frowned upon, as my Brisbane property valuers friends told me afterward.  On the other hand, attempting to sell a house every 2.5 years in the past 10 years would have been equally dicey.  This is certainly a case where one’s mileage varies.

After fighting down the indignation and panic, Galen and I planned a second trip to Atlanta. I-75 is truly a boring stretch of highway, only equaled by I-65 and I-74 between Chicago and Cincinnati for repetitive nothingness. But for this residence-hunting trip, we decided to try the proverbial “belt and suspenders” approach that frequently works in IT.

We picked a real estate agent that covered the areas we wanted to live in and called them. We didn’t have a referral this time, we just guessed.  And, I called and emailed apartment complexes as a backup.  All the apartment complexes said “2 cat limit”, but one of the them referred me to a place called Promove that specializes in rental referrals in the Atlanta area.  I shamelessly used Promove to get a list of apartment complexes that would take us, and then visited houses.

We did finally get a house.  The real estate agent came through, and after driving up on Sunday, we signed a lease on Tuesday.  Also, I had found three apartments that would take us, two were good, and one was great.  We would have had a place to live, no matter what happened.  I would recommend Promove to anyone who was looking for an apartment in Atlanta (they also serve Dallas).  If I’d known about them sooner, I might have skipped a lot of the anguish and just gotten an apartment on our first trip.  We had used a similar service in Chicago (Apartment People) and after this experience I’m not sure that it’s not a better idea altogether for big cities.  The house we’re renting is way, way out in the suburbs. 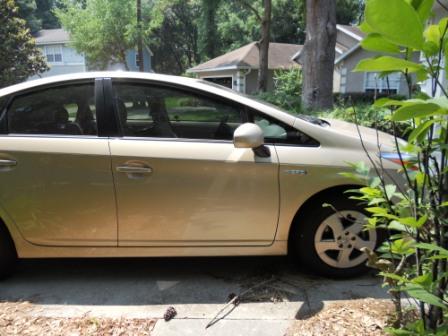 I think we defeated Murphy by pursuing both options, a house and an apartment. First trip, we relied on getting the house, and it failed.  This time, I kept driving down both roads until one deal was completed.  Also drive as in literally, since I put 200 miles on the car.  And I am now eternally grateful my iPad has 3G–without the maps and GPS, I’d still be lost somewhere on I-285 in a perpetual loop around Atlanta!

And there’s one other thing.  Galen hasn’t seen the inside of the house we’re moving to.  The outside yes, the inside no. This will be… another adventure.