This is the title of a very provocative essay by John Dvorak recently posted on PCmag.com.  His premise is that ebooks will serve as a sampling device for print books, and that publishers, in spite of their current “chickens crying that the sky is falling” behavior, will not just survive, but actually become more profitable in the long run.

Why?  Because as been noted in multiple sources already, including Amazon, ebook purchasers buy more ebooks.  It’s less expensive than a hardback for the consumer, and it’s way easier.  Then there’s that instant gratification factor.  People who want to read something NOW, get the ebook. 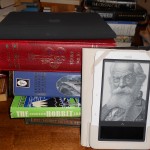 But Dvorak’s contention is that collectors and book lovers will pick up a print version for the books they really, really want to own.  In other words, that people will use the ebook as a sampling service.  That some categories, like beach reading, may switch to mostly electronic, but types where a person will collect or want to refer back, book lovers will actually purchase a print copy of something they truly love after they have read it in electronic.

This is an extension of the library borrowing phenomenon, where library users sample an author by borrowing the book from the library, then if they like the book, start buying.  Bookstores locate themselves near libraries by this logic. One of my FPOWs had two major bookstores plunk themselves down within two blocks of its main library for this very reason. 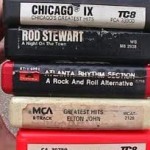 Also, very few old technologies really get killed by new ones.  The old ones just morph and find a new niche.  CDs did not kill LPs, actually LPs are on the rise again.  Now 8-track is pretty dead, and cassette looks like it’s going the way of the dinosaur.  But radio found a niche of its own.  TV didn’t kill movies, although the economy may be another thing.  But that’s not one technology wiping out another, that’s something different entirely.  The Great Recession is wrecking havoc all over the place.

But speaking of old technologies that never die–I was directed to the Dvorak piece by a link from rec.arts.sf.written.  This is the linear descendant of a Usenet news group devoted to the discussion of written science fiction.  It is now a Google group, but it has been active since practically the dawn of Internet time.  And it’s still going strong.  And still acting on it’s original purpose, the discussion of written science fiction.  Yes, it digresses.  But no more than any other discussion by any other group of somewhat like-minded individuals. And the link to Dvorak’s essay isn’t much of a digression.  Whether written SF will be available in ebook only or print or both is pretty much on topic, and, the whole concept was presaged in Neil Stephenson’s The Diamond Age, which is very much SF. 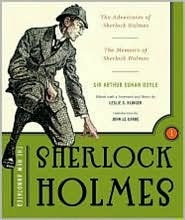 But widespread email and RSS feeds and Facebook haven’t killed Usenet.  The new technologies did not wipe out all trace of the old.  The useful and relevant parts adapted and carried on.  In fact, the amount of Usenet traffic has steadily increased in the past 15 years.  Ebooks most likely won’t wipe out print books either.  As one of the rec.arts.sf folks pointed out, endpaper maps on a Kindle are sheer torture.  They are better on an iPad, but then, it’s easy to be better than absolutely putrid.  The technology for ebook readers and iPads will get better, but my big illustrated Lord of the Rings and complete annotated Sherlock Holmes canon are still better in print form.  And probably will be for quite a while.