I’m still trying to decide whether this article was the most frightening or the most liberating thing I ever read. The post is in the PBS blogs, “The Sad, Beautiful Fact That We’re Going to Miss Almost Everything.” It’s enough to either make or ruin your day. 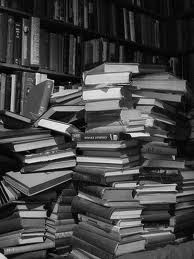 The writer has done the math on what a person can reasonably expect to accomplish of a particular task in a given lifetime. For example, if, like me, you like to read, and you expect to read two books a week, if you start when you are 15 and you live to be 80 you can reasonably expect to read 6,500 books in your lifetime. A person who reads faster might read more per week, and a precocious child might start sooner. Someone with good genes might live longer (my mom is 82, and still reasonably healthy, I have hope).

And for every minute I spend reading, that means there is something else I’m missing out on. What’s a person to do? One of the Grand Masters of Science Fiction, Ted Sturgeon, is famous for something called Sturgeon’s Law. “90% of science fiction is crap. But then, 90% of everything is crap”. Culling is all about deciding, up front, what you believe that 90% consists of from your point of view and delineating it as unimportant from the get-go. I don’t read literary fiction unless I get a personal recommendation from someone I trust an awful, awful lot. We didn’t get cable TV when we moved, because we don’t watch it. We get our TV from Netflix, or DVD box sets. TV is just not important.

The thing about Sturgeon’s Law is that if you don’t cull in giant swaths, knocking out whole categories like literary fiction or TV, then you have to figure out which part of each specific subcategory is part of the 90% chaff, and which is that 10% wheat you’re looking for. For areas where someone is well informed, it can be relatively easy, but if you are attempting to be well-informed across a broader and broader spectrum, it gets more and more difficult.  We focus on what we love and what we care about because it’s easier. 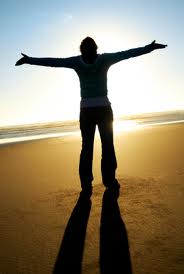 Surrender is different, surrender is more like saying, “I know that I would love that art exhibit, and I’ll be sorry that I missed it, but something else had a higher priority. Life’s too short.” It’s hard to admit that we won’t get to do it all. I want to read all the books. I want to watch at least all the science fiction TV series that I haven’t seen, and see all the reboots that haven’t yet been made. And yet, if I’d done every single thing I ever wanted to do, wouldn’t that be boring? What would come next?

I wonder how Leonardo da Vinci, Benjamin Franklin or Thomas Jefferson would do now with the volume of information that comes pouring down the internet every nanosecond. Would they cull, or would they surrender?

Only 100 Books? Book Chick City’s 100+ Books in a Year Reading Challenge
New Year’s Resolutions of the Bookish Kind
Demons who must not be named
Look at all the pretty covers…
What’s on my (mostly virtual) nightstand? 12-11-11