One week ago, I was standing in front of one of the Advanced Classes at the Missouri State Library Summer Institute, all geared up to conduct three days of presentations on Collection Development and Acquisitions.

Let me say this up front, library folks in Missouri really rock! Everything was set up and ready for me, from the hotel arrangements to the PC setup to the class lists. Sharla Lair, the coordinator for the Missouri State Library, did an absolutely bang up job, and I can’t thank her enough for all of her help.

The people in my class were a terrific group. They represented libraries from all over the state, at every position from clerk to director. 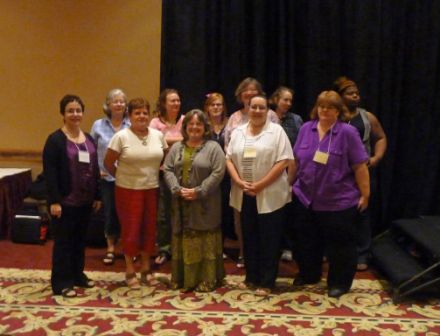 Class started after an early lunch on Tuesday, and ended just before lunch on Thursday. In that time, I needed to cover not just Collection Development, but also the basics of Acquisitions.

That’s both a long and a short amount of time. There’s an old joke about the true theory of the relativity of time. How long “just a minute” is depends on which side of the bathroom door you are on.

The agenda distilled into some big building blocks. It’s difficult to talk about something without defining it. We all know what collection development is, but that’s mostly by doing it. Looking at what it is and what it isn’t makes for a very interesting discussion. Acquisitions, after all, is what we buy. Collection Development is what we keep.

A lot of class discussion concerned determining who the community is that we are developing the collection for, and then determining what that community wants and needs. It’s not just about getting stuff, after all. It’s about figuring out what stuff to get. And what stuff not to get. And the best way to allocate staff time in selecting which stuff to get. I introduced the class to a new range of selection resources for fiction, ranging from the tried-and-true like fiction-l to Locus to Smart Bitches, Trashy Books and Fiction Vixen. This part was probably the most fun.

Policy-writing is not fun. It’s just necessary. The policy-writing discussion and the intellectual freedom/materials challenge class exercise turned out to be even more on target than I had planned when I prepared the class. The Republic Missouri school board banned two books, Twenty Boy Summer by Sarah Ockler and the Kurt Vonnegut’s Slaughterhouse-Five from the high school curriculum and the libraries in April 2011. A third book, Speak by Laurie Halse Anderson, was challenged but not banned. The challenges were filed in the summer of 2010, but it took the Republic School Board a year to decide the cases because they first had to formulate a materials challenge policy and procedure.

It’s hard to beat both local relevance and recent news coverage for giving a class more immediacy. But I tried. Digital is a big issue for collection development. If 8% of the US population owns a tablet, and 12% of the population owns an ereader, and 20% of the people in book groups use one or the other to read their book group’s selection each month, what does that mean for demand of ebooks? Even knowing that those populations have to overlap? And how does the purchase or license of ebooks affect both collection development and a shrinking acquisitions budget?

I know I learned a lot during my three days at the Summer Institute. I’ve always said that teaching a subject is one of the best ways to learn it. I believe that everyone in the class took away some knowledge that they didn’t have before. I think they also had fun. I know they had chocolate.

I also took away some great insights about Missouri libraries and library workers. And some really good stuff about what to do to make my next presentation even better. 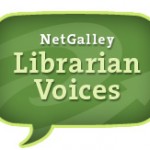 Notable Books and Advance Galleys: It’s so much fun to say “We knew you when”