Only Terry Pratchett could combine a murder mystery, a complex discourse on civil rights and a young boy’s endless fascination with poop into one fantastic story. But this is the Discworld, and million-to-one chances always come through.

Snuff is Pratchett’s 39th entry in the Discworld series. It is also at least the 8th book in the Ankh-Morpork City Watch subseries, depending on how you define the other books set in the city. The City Watch usually manages to turn up when the book is set in the city. Funny how that works.

The Discworld books are just plain funny. Sometimes it’s gallows humor. Sometimes there’s an actual gallows. Death is one of my (and a lot of people’s) favorite characters in the Discworld.

Back to Snuff. There is some literal snuff involved. The tobacco kind. Although I think the stretched pun applies. Sam Vimes, Commander of the Ankh-Morpork City Watch, while supposedly on vacation sees certain things going on and decides “that’s enough”.  Like I said, “snuff”.

Sam Vimes is a cop at heart. Marrying Lady Sybil Ramkin didn’t change anything about his essentially suspicious street cop nature, it just gave him introduction into a whole lot more places to be suspicious in. And it also provided him with two people he loves more than he can possibly admit and will protect with his life and his soul, no matter the cost.

Snuff takes Sam and his family on vacation to the country, to Lady Sybil’s country estate. Their son, Young Sam, will inherit the estate someday, so he needs to get to know the place and its people. And Sam needs a vacation: his wife said so. The fact that Lord Vetinari, the Patrician of Ankh-Morpork, thinks there’s something that needs looking into near Ramkin Hall is a fact that Vetinari is keeping very close to his vest. But then, Havelock Vetinari keeps things so close to his vest that they’ve sewn themselves into its embroidery for safety’s sake.

Sam starts out hoping to find something, anything to distract him from the supposed joys of quiet country living. Sam hates the quiet; he wants a good murder to liven things up. But what he finds is much more than he had planned on. Sam starts with a murder, and ends by expanding the definition of “people”, all in a quest to do the right thing. A Guard’s job is to catch the criminals and let the lawyers sort out the details afterwards.

Escape Rating A+: There is a tremendous amount going on in Snuff, and all the various plots keep simmering marvelously until the very end. Sam Vimes is one of my favorite point-of-view characters in the Discworld, and he’s one who has changed the most over the course of the series. He started out as the commander of a very disgraced City Watch, and also a man who had seen too much, done too much, and was trying to forget way too much of it at the bottom of a bottle. Starting with the events in Guards, Guards, the City Watch, and Sam Vimes life, start to turn around, almost as if there is a symbiotic effect. By the time of Snuff, Sam is as happy as he’s ever going to be, but he’s never forgotten who he was or where he came from. He still carries that darkness inside him, literally as well as figuratively. It’s his greatest strength as well as his biggest weakness.

Snuff is about solving a murder. But Sam can’t resist commenting on the world as he finds it. He’s still a street rat from Ankh-Morpork. So when he starts to stir things up, he stirs everything up.  That’s Sam. If a bunch of poor little rich girls are complaining that they can’t find husbands because they have no dowries, he’ll tell them to get off their butts and go to work. Women with jobs find their own husbands, and in the meantime, they’re self-supporting and don’t have to worry about dowries. And if one of them turns out to be the Discworld’s Jane Austen, so much the better.

Murder is murder, and if the person murdered isn’t legally a person, well that’s just plain wrong. The law needs to be changed, because murder is wrong.

This review is being posted on November 24, the Thanksgiving holiday in the US. I chose Snuff for two reasons. I’m always grateful to see another Discworld book. They make me laugh and they make me think, and that’s a difficult combination. 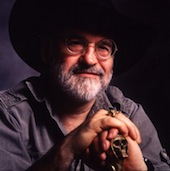 The second reason is that each new Discworld book now is a gift. I hope there will be lots more, but the odds are against it. It’s time for another one of those million-to-one shots to come in. 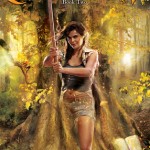 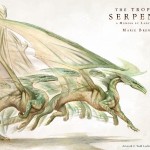 Review: The Tropic of Serpents by Marie Brennan