Other people have a TBR pile. Ereaders don’t really lend themselves to that. I suppose you could say I have a TBR bitstream, but it doesn’t really mean the same thing. Or stack the same way.

I really have two TBR lists. Make that three.

Then there’s the TBR lists in Library Thing and Goodreads. That has some physical components. All the print books that we kept when we moved, that I own but I hadn’t read yet. There are over 200 of those. I’m trying not to make the physical component of that problem any worse, but good books come out all the time. And that’s the third list.

I still see things I want to read. I do mark them as “to-be-read” on Goodreads. And there’s still that “so many books, so little time” problem. When the 2012 Goodreads reading challenge ticks over, I’m going to commit myself (now there’s a double meaning if I ever wrote one) to reading 400 books in 2012. Otherwise it isn’t a challenge.

But about that whole “New Year’s Resolution” thing? In this post I’m going to list all the books on my “to do” list that are past due. These are the ones I’ve already promised to somebody. In other words, this list is the dreadful backlog I keep referring to, and then averting my eyes.

I’m going to see how many of these I can get rid of before my first blogoversary, which is April 4, 2012. Coincidentally, my birthday is April 5. We’ll see how I do.

And in my incredibly overwhelming NetGalley queue:

Michelle Sagara’s Cast in Ruin should be on here, except, I finished it Thursday night. It was awesome. The whole Elantra series was fan-damn-tastic. And I absolutely can’t wait for Cast in Peril, whenever that comes out. But I will be so glad to knock Cast in Ruin off my NetGalley queue.

Technically, Heir of Novron, Truthseeker and God’s War are not in any queue. But by the time I finish Theft of Swords and Rise of Empire, does anyone really think I’m not going to finish the series. Honestly? I’ll have to just to see how it turns out.

Truthseeker and God’s War are both the second books in their respective series. And I can’t seem to make myself read the second book with reading the first book, well, first. And I have a delicious suspicion that after I’ve read Cut & Run I’m going to be reading the rest of that series, because all of the reviews have been phenomenal. But maybe I’ll be able to resist the impulse until after I’ve caught up a bit. 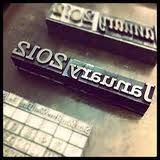 What resolutions have you made for the new year, bookish or otherwise?