I read Heat Wave by Richard Castle just for fun. We’re in the middle of a Castle marathon and I just couldn’t resist the impulse. And this was definitely a case where an irresistible impulse turned out to be a totally excellent thing!

“It’s raining men.” What a great way to open a case. This is just the kind of snark that comes with any potboiler, whether on television or in police procedural-type mysteries. Because what makes these shows watchable, or these books readable isn’t just about the case, it’s about listening to the characters smart-off with each other.

It always begins with a dead body. There’s a victim. Matthew Starr. He was the man who rained down, in this particular case. And as his death is investigated, any superficial resemblance to a low-budget Donald Trump is strictly intentional, but that is one reviewer’s humble opinion.

In all murder mysteries, it’s the victim’s life that gets taken apart. Matthew Starr is dissected piece by piece, and not just on the autopsy table. When the story ends, the detectives will know more about the victim than anyone in his life. They have to so they can figure out who murdered him and why.

And how well one particular pair are going to tick together outside of “work”. Whether that’s going to be a one time thing or maybe more?

Escape Rating B+: The mystery had plenty of twists and turns. The case threw out the usual school of red herrings and I fell for a couple of them. I had most of it figured out, but one thing threw me. I had fun. But I’ll admit I’m not sure how well it will work for someone who isn’t a Castle fan.

This book is the introduction to a police procedural mystery series. Whether you swallow the whole Castle-thing or not, it still has to do what the introduction to any cop-based mystery series has to do, which is introduce you to the cop shop characters and their dynamic and get you to like them enough to get the next book. It worked for me. I’ve already got Naked Heat and Heat Rises on my iPad for the next time I need a fun book to read.

If you are a fan of Castle and you like reading mysteries, just give into the impulse now and buy the book. You know you want to. Stop resisting. You’ll be glad you did. 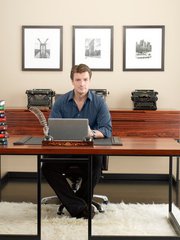