On My Wishlist is a meme in transition!

Up until now, this very popular tradition has been hosted by Book Chick City. Next week, the linky will be up at Cosy Books.

In the meantime, we all seem to be sharing our addiction through the comments at Cosy Books. Mucho thanks goes to Book Chick City for starting this popular book blog meme and to Cosy Books for stepping up and continuing the love.

I’ve got so many books incoming this week, I’ve been trying to keep the wishing to a minimum. It’s not easy, and it will probably break out in a rash next week. But in the meantime, there’s this one book I’ve seen on other people’s wishlists (there needs to be an acronym for that, maybe OPW?) that I can’t resist. 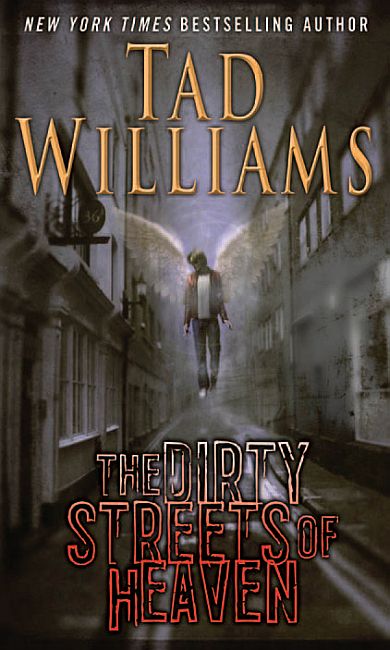 Tad Williams wrote some of the best books I ever read. I still have my print copies of The Dragonbone Chair, The Stone of Farewell, and To Green Angel Tower. That epic fantasy series was awesome, and I’ve always meant to re-read it. And I adored Tailchaser’s Song. But I never made it to Otherland, although my husband liked the series and we do have them. I have high hopes for this urban fantasy series because it’s Williams and I love a good, gritty urban fantasy. We’ll see what happens. The cover is awesome!

Stop the presses! I have an update on a previous wishlist title! If anyone out there agreed that Liz Williams’ Worldsoul sounded like an awesome book, it is now available on NetGalley.