Wrong Side of Hell by Juliana Stone is a teaser novella for her new League of Guardians series. If you are one of the readers who is duly teased by this link between Stone’s Jaguar Warrior series and this one, don’t worry, you won’t have a long wait. The first League book, Wicked Road to Hell, will be released on April 24.

I was definitely teased. This was a terrific introduction to a new series!

Logan Winters is one of the baddest of all “bad boys”. He’s a hellhound. His job on Earth is to pick up souls marked for damnation, and escort them to their proper place in Hell. If Logan is sent to get you, you’ve earned yourself a spot in District 3. This means you were a very, very wicked person during your life.

Nothing about contract signing or selling yourself to the Devil. That’s not Logan’s end of the business. He handles pickup and delivery. If there is someone handling “sales”, we don’t see that part of the process. And this doesn’t seem like that kind of worldbuilding.

The person we do see is Askelon, except he’d rather be called “Bill”. He cloaks himself in glamour to appear as a short, round middle-aged man, but “Bill” is really one of the most powerful beings in any of the dimensions. And “Bill” bats for the opposite team from Logan’s. I don’t mean sexually, I mean metaphysically.

Logan is a hellhound. Askelon is a being of the heavenly dimension. And one pretty high in the hierarchy at that. Seraphim generally are.

Askelon blackmails Logan into doing him a very, very big favor. Which doesn’t sound all that angelic. He demands that Logan go into purgatory and rescue the soul of a young woman that Logan already returned once from death.

The first time Logan rescued Kira Dove, he spent millenia in The Pit for his crime. (Time passes differently in the infernal dimensions). And he did it because Askelon blackmailed him then, too. Also because the Seraphim convinced him it was the right thing to do.

The same thing is happening again. Neither heaven nor hell should be interfering in one human’s life this much. The Seraphim is convinced that too many fates depend on this one young woman’s survival, and not just human fates either.

Logan tries to convince himself that none of that matters to him. He owes the Seraphim, so he’ll take care of what he has to. But he still remembers that girl, after all those centuries in The Pit.

The difference is, Kira Dove is a woman now. When Logan Winters saved her the first time, she believed in him. She continued to believe in him, and everything she saw when she died that first time and Logan brought her back.

Even though everyone said she was crazy. And committed her for it. Experimented on her. Abused her. She still believed in what she saw, who she saw.

Kira Dove was dead again, but all she knew for certain was that everything she remembered was true. And Logan came to rescue her. Again. But this time, she could fight beside him.

But would he let her?

Escape Rating B+: As an introduction to a new series, this story really whetted my appetite for the first full-length novel. This particular story, although it seems like it resolved to an HEA, also feels like it sets up the series as a whole. I think there are a lot of trials and tribulations ahead for Kira and Logan, even as the focus of the series moves to other members of the League.

Kira reminds me a little of Sarah Connor from Terminator 2, at the beginning when Sarah is in the State Hospital. She has that vibe of “I know I’m not crazy and I have to keep myself strong for the day I’ll need to fight my way out”, but with a hint of vulnerability that Sarah didn’t have or need.

This is intended as a bridge story between Stone’s Jaguar Shifters series and this new series, as Logan appeared as a side-character in the earlier series. But if there are details that I missed, they didn’t hamper my overall enjoyment of the story. 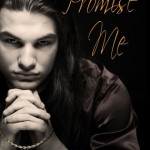 Review: Blood and Whiskey by Clark Hays and Kathleen McFall
Ebook Review Central for Carina Press September 2011
One Perfect Night
Turn it up