But seldom outside of fantasy have readers had such a god-ridden heroine’s journey to follow, with an assassin as that heroine.

The heroine is Ismae Rienne, and the book is Grave Mercy by Robin LaFevers. It is the first in her series about, as the author’s website puts it “assassin nuns in medieval France”. That series is titled His Fair Assassin.

It’s historical fiction, not fantasy or science fiction. But Grave Mercy is still quite a trip.

Ismae grows up in a tiny farming village in Brittany. Not France, Brittany. That’s important. Brittany was still independent in the late 1400s and many people still clung to the old ways and the old worship. The old local gods were called “saints” by Ismae’s time, but people still brought them offerings.

Brittany was an independent duchy, and she wanted to remain that way. The tide of history was against her, but the tide wasn’t all the way out, yet.

Ismae was born with a significant scar on her back. Everyone in her superstitious town saw it as a sign that Ismae was the daughter of Death, literally, the guy with the scythe, Mortain. Why? Because that scar represented the effects of the drugs her mother took to abort her, drugs that failed. Only the child of Death himself would have failed to die.

Instead, Ismae spent her early life abused by everyone around her, including her father. And when it came time for her to be married, her father sold her to another brute, one who intended to kill her the moment he saw her scar.

But she was whisked away by Mortain’s followers to the Convent where his assassins were trained. After three years, she was sent on her first assignment. And thus became embroiled in the realpolitik for which the Sisters had barely prepared her. 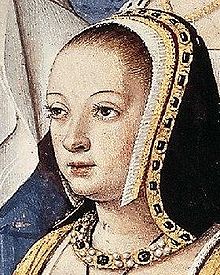 Anne of Brittany‘s court turned out to be a spiderweb of intrigue. And even worse, the man the convent sent with her both for her to spy on and as her cover, Gavriel Duval, well, Duval is not what he appears to be. The Convent believes he must be betraying the Duchess, but Ismae knows he is not.

Which means that someone else is. Ismae must find the real traitor before he, or she, brings down the ducal house of Brittany. And Ismae must decide where her loyalties really lie.

Ismae is only seventeen. The Duchess whose realm she must protect at all costs is fourteen. The future rests on them.

Escape Rating A: This was one of those books where the pages fly by. Which was excellent, because there are a LOT of pages. This is a story that drags you in and doesn’t let you out until it’s wrung every emotion out of you.  At the end you’re completely spent and you feel satisfied, and slightly disappointed because you have to leave the author’s world.

This is historical fiction, not fantasy. The historical characters and the place and history behind this story did happen. Anne of Brittany, and the Mad War, and the fight over who she would marry, all happened. Gavriel Duval, Ismae and the Nine Old Gods or Nine Saints are fictional, but the blending of the fictional into the historic is seamless.

Grave Mercy reminded me of Maria V. Snyder’s Poison Study, the young assassin’s training and first target story, except that Snyder’s story is fantasy. The seriously politically insane fantasy version is Kushiel’s Dart, although that is in no way YA, and Grave Mercy and Poison Study both ostensibly are.

Grave Mercy is a story you won’t want to let go. It’s an excellent thing that the author is returning to the world of His Fair Assassin in the Spring of 2013 with Dark Triumph.