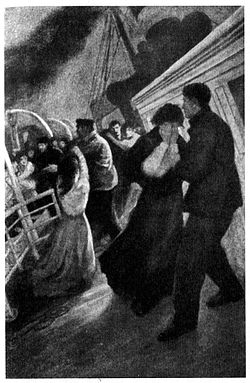 A passenger liner is launching with technology so advanced that everyone is just positive it will break all the speed records for the route! Lots of money is riding (yes, pun intended) on her making port on a record-breaking date.

And in order to get her out of her docking berth, she’s launched with untested technology. Oh, she’s ahead of her time, alright, but even advances ahead of their time need shakedown cruises.

If all this sounds just a little familiar, it should. With a little tweaking this could be an introduction of the maiden voyage of the RMS Titanic. The 100th anniversary of her first, and last, voyage is this week.

But this is a book review of a slightly different story. The ship is the Nebula Dream, and her maiden voyage is a space flight. She’s still a passenger liner, and many of the conditions are intentionally the same. The Titanic disaster served as inspiration for this absorbing science fiction adventure.

Wreck was definitely inspired by the original events, but it is not slavishly devoted to them. Disasters make for great drama. They bring out the best in people…and the worst. 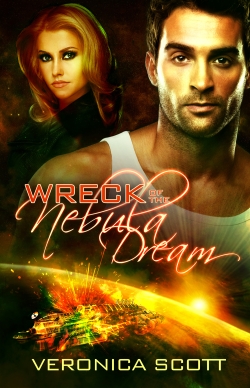 The Wreck of the Nebula Dream by Veronica Scott is the story of the maiden voyage of the passenger cruise ship Nebula Dream.

Instead of being an ocean-going vessel, the Nebula Dream cruises the space-lanes. Like the Titanic before her, the maiden voyage of the luxury Nebula Dream also includes some of the wealthiest people in her corner of her universe. They plan to be part of her record-setting trip.

But space and other factors make Nebula Dream‘s story a bit different from Titanic‘s, although not much less disastrous.

A chunk of that “less disaster” quotient is because the Nebula Dream‘s story is also the story of Special Forces Captain Nick Jameson.  He’s on board because his career has already crashed, and this trip is his last hurrah. Except that what was supposed to be a relaxing vacation turns out to be a mission unlike anything he ever undertook in his service career.

His last service mission was behind enemy lines. This vacation, well, this so-called vacation may not be as far from his last mission as it was supposed to be.

But from the minute that the luxury cruise starts heading towards disaster, Nick learns he’s not alone in this accidental adventure. The woman he’s been watching for days, the ice-cold business executive he was sure would think a simple Special Forces Captain wasn’t worth her time, well, she turns out to be the best partner he could want in this crisis. And maybe after…

If there is any after.

Escape Rating A-: I wanted this to be just a little bit longer. I also wanted to slap one of the side characters upside the head, or shake some serious sense into her. (Read the book and you’ll figure out exactly who I mean)

Wreck of the Nebula Dream is a terrific mix of science fiction, action adventure, and just the right touch of romance. I loved that there was both an alpha male and an alpha female! The heroine does not wait to be rescued, and she’s not just rescuing herself, she’s helping to rescue other people. The hero can either help or get out of her way!

The awesome assassin/sidekick from the mysterious Brotherhood was extra-special cool. I think the extra bit of story I want is where he came from, where he’s going, and are there any more like him at home? I’d like a sequel with his story. 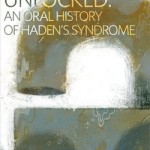 Stacking the Shelves (68)
Life after Harry

4 thoughts on “Wreck of the Nebula Dream”