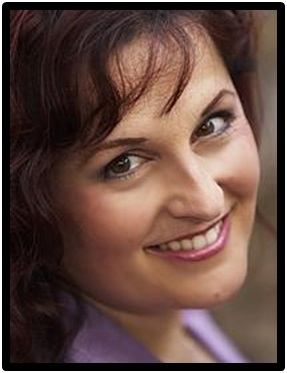 Today’s guest at Reading Reality is Lisa Kessler, author of the absolutely fascinating tale of vampires and reincarnated love, Night Walker (my review here, the book is awesome). She’s here to talk about her life, her research for the book (it’s really cool!) and her plans for her Night series.

Take it away, Lisa!

Tell us a little bit about who Lisa Kessler is when she isn’t writing about vampires.

I’m a wife and Mom to two great kids.  And if I’m not at the keyboard writing, I’m usually singing or at a rehearsal…  Keeps me very busy!

Night Walker combines two interesting themes for paranormal romance, vampires and reincarnation. Either one would make a pretty powerful story all by itself. What made you decide to put those two together in one story?

Night Walker was my first attempt at writing a book, and while I knew wanted to write about vampires, I also wanted to set it in San Diego.  I didn’t want a European vampire.

So I visited the oldest building in San Diego, the Mission de Alcala and started researching.  When I discovered the unsolved Kumeyaay uprising when they burned the Mission to the ground and bludgeoned the priest to death, it occurred to me that maybe the uprising was retaliation for the murder of a Kumeyaay maiden…  Then I realized reincarnation would play a role in the story as well.  It all came together from that point. 🙂

The pictures of the Mission de Alcala in San Diego on your website are fascinating. What made you decide to feature the Mission and its history in Night Walker? 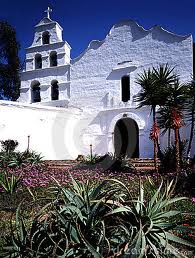 Thanks for checking out the pictures!  One of the coolest parts of publishing Night Walker is all the emails from readers who have actually visited the Mission after reading the book!  🙂  I knew if I wanted an immortal in San Diego I would need to dig into the history of the city, and all of San Diego’s beginning starts with the Mission de Alacala.  It’s an amazing place to visit, and the sanctuary is still used for Sunday Mass…  I couldn’t pass up using the real history in the book. 🙂

Who or what most influenced your decision to become a writer?

I started writing every night for fun about 12 years ago…  My focus changed the day I visited a palm reader in New Orleans.  She gave me a reading, and when I got to the door to leave, she said, “Can I ask you something?”

“Not really.” I shrugged. “I do write every night, but it’s just for fun.”

She smiled and I swear her eyes sparkled. “You’re going to be a famous writer one day.”

I walked back to the hotel in a daze, but 6 months later the first draft of Night Walker was done.

I’m a big time pantser!  🙂  It makes writing the book and adventure for me, because I don’t know what’s going to happen either.  I love getting to know the characters and racing through the book with them…

Always!  In fact, when I was writing Night Demon, I wrote Gretchen thinking I would kill her off early, but after trying to kill her twice, she kept surviving and I realized she was actually the heroine! LOL  Who knew? 🙂

What book do you recommend everyone should read, and why?

Tough question!  There are so many!  Hmmm…  I guess first off I’d have to say The Stand by Stephen King.  It’s a long book, but there are so many meaty characters on both sides of the good and evil lines that it’s amazing.  You won’t want the book to end!

And if I could name one more, it would be The Mists of Avalon.  It’s a retelling of the King Arthur story told through the women’s eyes.  It gives you a really fascinating look at the time period when religion started shifting from Paganism to Christianity and the shift in power from a matriarchal to patriarchal society.  Lots of betrayal and intrigue too!  It’s one of my all time favorite books! J

Can you tell us what you have planned for the future in The Night Series?

I have a prequel novella called Night Thief coming out in September.  You’ll get to meet one of the original Night Walker brothers, Kane.  Can’t wait to share this one with you!  And in Spring of 2013 Night Demon, Book 2, will be out.  It picks up right where Night Walker left off so you’ll know who was watching them in the epilogue…  Night Demon raises the stakes for the human race when an ancient Mayan Demon is freed into the world of man.

What would you be if you were not an author? (I saw on your website that you were also a singer…)

Before writing took over most of my time, I had aspirations to sing in some of the opera houses in Europe.  There is so much history there, and I love opera so it would have been a blast!  But I have no regrets with my choices.  I still get to sing, but telling stories is definitely where my heart is… 🙂 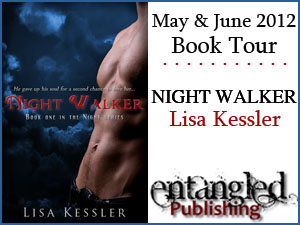 Lisa is celebrating the re-release of Night Walker in paperback!  As part of the celebration, she is having a tour-wide giveaway. And that’s what the Rafflecopter form is here for. Lisa will be giving away one signed print copy of Night Walker, one Night Walker Poster, and one $25 Amazon Gift Card at the end of the tour. Check Lisa Kessler’s Facebook page for more tour stops.