Today’s interview was my chance to buttonhole Stacey Kennedy about her writing, her utterly marvelous paranormal/urban fantasy Frostbite series (see my reviews of the first two books, Supernaturally Kissed and Demonically Tempted to get an idea of just how fantastic they are) and ask some questions about the totally damnable cliffhanger at the end of Demonically Tempted. (Grrr!) The next book in the series, Mystically Bound, can’t come soon enough for this reader.

Since I’m dying to let everyone see the answers to those questions, here’s Stacey!

Tell us a little bit about Stacey Kennedy? Who are you when you’re not writing? Really? 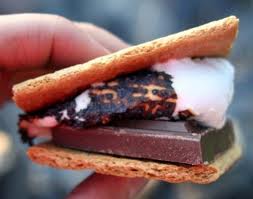 If I’m not writing I’m a mom and wife. My time is split right down the middle between both of my “jobs”. So, if I’m not on the keyboard then I’m playing Barbies, making silly crafts, or spending the day at park. I love the outdoors, and the second summer hits we like to go camping as often as we can, which usually works out to 2-3 times a month. What can I say? I love campfires and s’mores!!

Other than that, I love to have fun and laugh! I love movies, girl’s night out where I’m up way too late, patios with lots of chicken wings and beer, reading, and just all that crazy stuff that girls like to do! I like to party and I love to dance! I’m always up for a good time!!

Good question. To be honest, I’m not sure how I was first introduced to reading. I’m sure school played a part, but my mom reads about as much as I do. So, I imagine she rubbed off on me. But she never pushed reading or anything like that. I think it more or less grew on me. Now I can totally admit that I’m 100% addicted!

Of course, books influenced me the most. My love for storytelling came because the stories I read captivated me. I suppose you could say they awakened my love of getting lost in another world. It was from reading that I got the itch to write my stories and create my own fun worlds.

But my hubby was so supportive when I came out of nowhere and said I was going to write a story. While I expected him to roll his eyes at me and call it silly since I’d never shown an interest before, he actually said that he thought I’d be great at it. It was his support that gave me the push to sit down and do it!

What book do you recommend everyone should read? Okay, now tell us why you picked that book!

It’s gotta be Keri Arthur’s, Riley Jenson Guardian series. And no, I can’t pick one book from that series to recommend. They’re all fantastic. If you like fast-paced action, heartbreak, romance, and just a fabulous read pick up that series. It’s one of my all-time favorites! 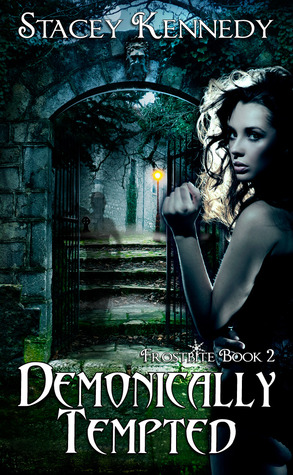 Are you a plotter or a pantser? Do you plan everything or just let the story flow?

For most stories, I never plot or outline. I usually just sit down and let the characters tell the story. But for stories, like DEMONICALLY TEMPTED, I did have to outline that one because the plot was more complicated. There were certain points I needed to hit in that stories especially since they will have an impact on book three, MYSTICALLY BOUND.  I needed to see them out in front of me to make sure I wasn’t missing anything.

Usually I outline when my plot and subplots are complex. Also, if there are quite a few subplots working together I like to make sure I hit all the plot points, so having an outline helps me find the flow of the story. That’s normally how I do it. I write down the three major plot points with the biggest twists in the story, then work around them. But my outlines are very simple and in point form. Then with the guide to follow, I go panster style and write. Typically, my outlines are always changing.

My characters own the show. I never have control! I accepted that a long time ago and stopped fighting against them because in the end the direction they take me always ends up being the right one.

Take Tess and Kipp for an example. When I had outlined DEMONICALLY TEMPTED it didn’t look at all like the finished product. Once I hit the halfway mark in that story, Tess took me in an entirely new direction and I let her go there, even though it hurt to do so! Now I’m happy of course, because I see how the series will play out and it’s going to be exciting!

Now let’s get specific. Did you always plan that for that damn cliffhanger-to-end-all-cliffhangers at the end of Demonically Tempted, or how did that come about? 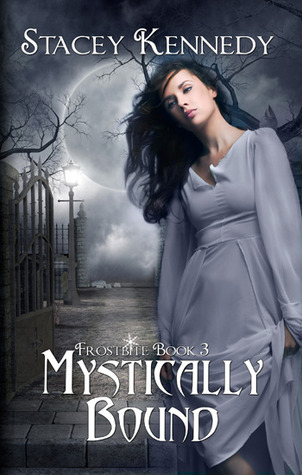 “dliffhanger-to-end-all-cliffhangers” LOL! Like I said above, the cliffhanger was not my original idea for how that book would end. In fact, I had planned for an ending that was far different from how it turned out. To put it simply, I had originally planned for a much happier ending that wrapped up the “big” issue between Tess and Kipp. I can’t say more without spoiling the new ending, but I had intended for both Tess and Kipp to be very happy.

So, it was a fight not to go that route, but I eventually gave in and let the story go where it needed to. It was never my intention to torture Tess as much as she’s suffered in DEMONICALLY TEMPTED, and even more so what she’ll face in MYSTICALLY BOUND, but that shift in the story felt right.

What’s the reaction been to that cliffhanger? Do people beg you for details of how it’s going to turn out? Have you received any interesting bribes? 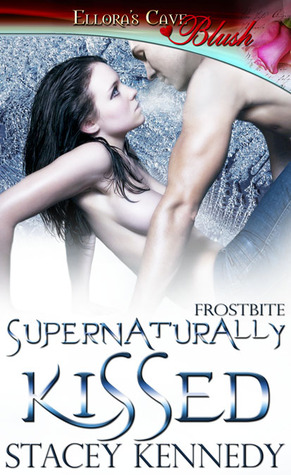 I actually received more of a reaction from the first book, SUPERNATURALLY KISSED, with everyone trying to figure out what was going on with Kipp. It did surprise me how many people had it guessed right away, while others were totally shocked by the ending of book two. There were four spots in the first book where I implied the “truth”. Some saw it, others didn’t. And isn’t that just fun!!

I admit I was slightly concerned how people would react to the cliffhanger at the end of DEMONICALLY TEMPTED, and while some people have wanted to hex me, they’ll forgive me as long as I don’t take too long to write the next book. It’s even better knowing that some people think they have it all figured out and that they know how Tess and Kipp will end up with their happily ever after, but I have lots of surprises coming up in the next book that should shock! Because heck, they’re shocking me now!! 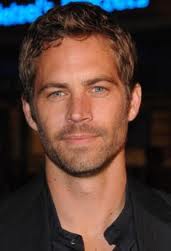 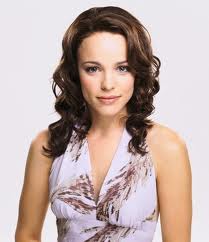 If the series were turned into a movie (in your wildest dreams!) who would you want to play Tess and Kipp?

Without a doubt Paul Walker for Kipp and Rachel McAdams for Tess.

What plans do you have for the future (after Mystically Bound)?

I do plan to finish the Frostbite series in early 2013, which means I expect to release the 4th and final book in the series by February/March. But I just have to see how my schedule is first. There are many releases coming out in 2013 including my baby, WEREWOLVES BE DAMNED that is my first ever mass-market paperback, and I expect that series will eat up a lot of my time.  So, let’s just leave it at, 2013 will be a very exciting year with tons of fun releases!

Speaking of Mystically Bound, when in the Fall? I want to start counting days.

I’m glad you do!! I’m just as excited to write it. I’m aiming for the end of October and I hope nothing comes up that pushes me off that date. I’m starting to write Mystically Bound within the next week and am so eager to dive in!

I’m a coffee gal all the way. Starbucks is even better!

I want to thank Stacey for answering all my questions, and I may want to choke her for dragging out what sounds like will finally be Tess and Kipp’s happily ever after until book 4 (no one said I’d have to wait until book 4!!!!) of her awesome Frostbite series.

Patience is not one of my virtues, but I guess I’ll just have to wait. And congratulations on your upcoming paperback release of Werewolves Be Damned. It’s already on my “to-read” list on Goodreads.

I’m afraid to find out how long your new series will be. Very afraid. Because I just know I’m going to love it. 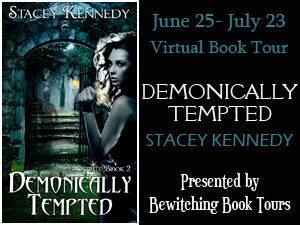