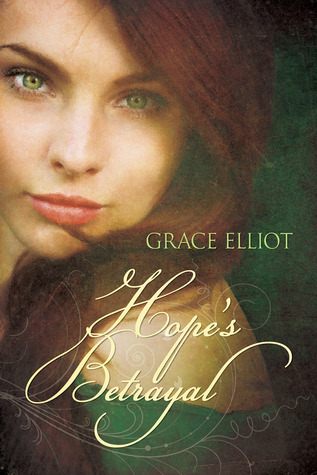 Hope Tyler is a smuggler. There’s no romance in her choice of occupation, nor any adventure. For Hope, it’s a matter of her family’s survival, pure and simple. Hope’s home on the Isle of Wight has lost too many of its men to the war (Napoleon), to disease or to fishing accidents. When the economy is bad, the English coast turns to smuggling. There is no other work. Hope and her brother are in the smuggling trade to put food on the table.

Captain George Huntley works for the Crown. His current assignment is to put a stop to, or at least a dent in, the smuggling trade. It keeps him occupied while his ship is undergoing refit in Portsmouth. Then he’ll be back at sea, and away from land, from the Isle of Wight, from the family estate, and from his mother, Lady Constance.

There are two serious problems with George’s mission. One is that everyone in England seems to be a party to the smuggling trade. Everyone wants luxury goods, like tea and French lace, but no one wants to pay the tax.

The second problem is a raid that goes horribly wrong. One of George’s men is killed. And the only smuggler he manages to catch is a boy. A boy he knows can’t be guilty of the actual shooting, because George was chasing the boy at the time.

But since the boy is the only smuggler available, he’ll probably hang anyway. But when George carries him to his house to get him seen to – the boy was only caught because he broke his ankle – George discovers that this smuggler, this criminal, is a young woman.

And George can’t make himself sent her to jail. He says it’s because she might lead her confederates to rescue her. It’s really because he wants her for himself.

But his mother finds her first. And discovers that Hope might be more than she appears. Even if she is still exactly what she appeared, a smuggler who should be hanged for her admitted crimes.

Leaving George trapped between his duty and his desires. With his mother standing guard over his prisoner, and his men howling for justice.

George does the only thing he can under the circumstances. He requests a transfer. How could George know that leaving would only make everything worse?

Escape Rating B: It was great to see a view of the Regency/Napoleonic Wars period from a perspective other than that of the upper crust. Even though George’s mother is Lady Constance, the family seems to be from the “squirearchy” more than the aristocracy. (The third book is about the oldest brother, and it could prove me totally wrong.)

However, George is a naval man, not a lord. His only title is Captain, and he earned that one.  And Hope is definitely no lady. Her family is so poor, she’s turned to smuggling just to keep eating.

Hope’s plight is what makes this story different. It’s not a romantic view of the smuggler’s trade. There are no dashing pirates here. It’s all about bone-deep poverty. Her village will starve if they don’t turn to smuggling. And that’s the point she brings home to George and Lady Constance.

There is no other work. It’s the free trade, or starvation. And plenty of supposedly law-abiding people will happily buy their smuggled goods as long as they don’t have to get their hands dirty in the actual smuggling.

There’s also a sweet love story between George and Hope. It is very sweet, and just a tad bit unrealistic. Not that they wouldn’t fall for each other, but that love (and his family’s position of privilege) would manage to conquer her very real criminal record.

But you want the happily ever after enough to let it go. 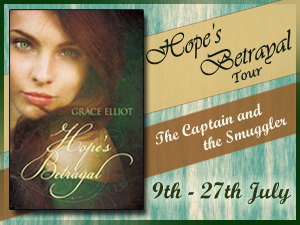