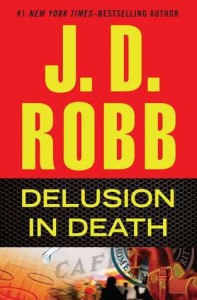 It was just another after-work happy-hour bar downtown, where business professionals unwound with a few drinks . . .until something went terribly wrong. And after twelve minutes of chaos and violence, eighty people lay dead.

Lieutenant Eve Dallas is trying to sort out the inexplicable events. Surviving witnesses talk about seeing things—monsters and swarms of bees. They describe sudden, overwhelming feelings of fear and rage and paranoia. When forensics gives its report, the mass delusions make more sense: It appears the
bar patrons were exposed to a cocktail of chemicals and illegal drugs that could drive anyone to temporary insanity—if not kill them outright.

But that doesn’t explain who would unleash such horror—or why. And if Eve can’t figure it out fast, it could happen again, anytime, anywhere. Because it’s airborne. . . .

The near-term future looks pretty bleak in the rear-view mirror of Robb’s  2058. Between our now and Eve Dallas’ then lurks the devastation that goes by the seemingly innocuous name, “the Urban Wars”. 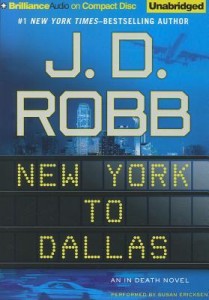 There are two types of Dallas and Roarke stories, ones where the case seriously delves into the skeletons in one or both of their closets, and there are plenty, and the current case rattles loose a lot of personal trauma. New York to Dallas was one of those, and it was a terrible beauty, as my review indicated.

The other kind are those where the murder investigation is the point of the exercise. Those type are necessary to keep the whole series from slamming the willing suspension of disbelief into the dust. Not even with Dallas and Roarke’s troubled pasts could they manage to survive the kind of emotional crash that making every single case personal would mean. Some murders need to be just murders, no matter how awful. 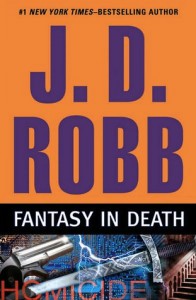 One of my favorite books in the series, Fantasy in Death, was an “ordinary murder case” type story.

While Delusion in Death is not one of the truly personal cases for Dallas and Roarke, the murders are anything but ordinary. Their roots lie in the murky dark of the Urban Wars. A time that Summerset remembers all too well. He and Eve call a temporary truce to their domestic hostilities, because a bio-terrorist weapon from those bad old days has re-surfaced in New York, and Summerset’s contacts might have information that will lead Dallas to the killer–before he makes another venue full of innocent people into raving lunatics that turn on each other in a murderous rage. 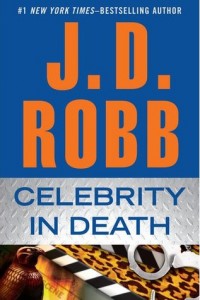 Escape Rating B: I re-read my review of Celebrity in Death, where I said Celebrity needed a few more bodies to give it flavor. Delusion in Death has all the bodies it needs and then some. What this one needs is a clearer motive for the killers.

The Urban Wars have always been a bit mythic in the timeline for the In Death series, so it’s difficult to bring them out of the deep, dark as the motivation for the ultimate evildoer in this story. This person stays too deep in the background, and the history has been too shadowy. I accept that this person was the puppet-master, but I don’t totally understand the reasoning. The mastermind is less awe-inspiring (even in a bad way) when you don’t buy into what makes them masterful. 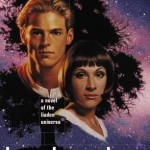 One thought on “Review: Delusion in Death by J. D. Robb”