Welcome to the Ebook Review Central multi-publisher wrap-up post for the titles published in August 2012. This week’s edition covers the output from Amber Quill Press, Astraea Press, Curiosity Quills, Liquid Silver and Riptide for the month of August. Red Sage didn’t publish anything new this month.

This is also my multi-conundrum post. Out of six possible publishers, not all of whom have output in any given month, there are entirely too many months, like this one, where Riptide publishes three titles and absolutely sweeps the featured titles. No other publisher has titles that received more than four reviews, and there were way too many ones and zeroes, all over.

Why am I bringing this up right now? I’m moving to Seattle in November, and starting a full-time job in early December. Some things will have to re-arranged. I will continue Ebook Review Central, but for publishers where there are regularly no reviews, or very few reviews, to report, I’m going to have to make some decisions about priorities.

Multiple reviews on Goodreads or Amazon, even when they exist, do not count on Ebook Review Central. Why? Because many reviewers cross-post their reviews on Goodreads, Amazon and Barnes & Noble. When we receive review copies from publishers, the publishers generally make that request specifically.

All of this week’s featured titles were from Riptide. While I would have liked to have spread the featured titles out a bit, Riptide absolutely ran so far ahead of the pack, it wasn’t remotely possible. And good on them and their publicity department/review coordinators as well as the authors for getting their books out there. 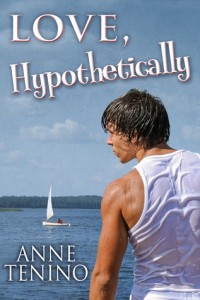 Featured title number one is Anne Tenino’s Love, Hypothetically. I’ll say up front that the reviews weren’t universally good, but there were simply a ton of them. When this many people are talking (and writing), the book is worth looking at just to get in on the conversation! Love, Hypothetically is the sequel to Frat Boy and Toppy, and is a story of reunited lovers. Paul and Trevor were high school boyfriends who veered way off track. Trevor chose a major league baseball career instead of coming out, but threw Paul pretty much under the bus on his way. Now the big career is over and Trevor is back in town and he wants a second chance with his first love. See Under the Covers for the wow review and Avon Romance for the meh vote. 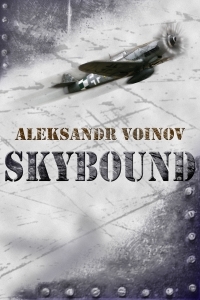 Almost all of the 16 reviews for the number two feature were raves. I’m talking about Aleksandr Voinov’s look back at two German flyers during World War II, Skybound. Even though this is a time and/or a side that many people avoid like the plague (as my fellow Book Lover Caro put it) every one who read this one fell in love with the characters and saw it as a beautiful story of love and courage, set in dark and desperate times. 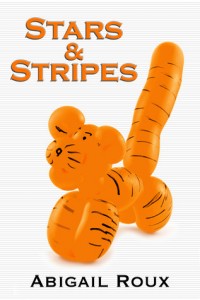 Coming in at number three was the book I expected to be number one, which says something about the strength of the competition this week. Anything that could beat out the latest entry in the Cut & Run series has to have been pretty damn good. Because the number three title for this week is Stars & Stripes by Abigail Roux, the 6th book in the Cut & Run series. Everyone who reviewed this one absolutely loved it, but that’s not a surprise. By six books in, everyone reviewing is deeply invested in the series. The series started as a mystery/suspense series about two FBI agents, Ty Grady and Zane Garrett, who have absolutely opposite working styles and one hell of a lot of sexual tension. During a significant part of the series, it’s a question whether they’re going to fall into bed or get each other killed, or both. The series is meant to be read in order, starting with Cut & Run, and highly recommended by pretty much everyone who has ever reviewed it.

We’ll be back! Next week! Carina Press, September 2012. The Frankenstorm will not bring me down.