Gemme is a hi-tech matchmaker who pairs the next generation of Lifers aboard the Expedition, a deep space transport vessel destined for Paradise 18. When the identity of her lifemate pops up on her screen, she’s shocked that he’s the achingly gorgeous and highly sought after Lieutenant Miles Brentwood—a man oblivious to her existence. Believing everyone will think she contrived the match, she erases it from the computer’s memory.

Just as comets pummel the ship and destroy the pairing system forever.

With the Expedition disabled, the colonists must crash land on the barren ice world of Tundra 37 where Gemme is reassigned to an exploratory mission, led by Lieutenant Brentwood. Only in the frozen tundra does she understand the shape of his heart and why the computer has entwined their destinies.

Has: I have mixed feelings with this series, I adore the world-building and the premise of a future where humans are forced to flee the Earth due war, famine and disease. And to survive people travel in generational star ships to find new planets to colonise and to restart civilisation. Tundra 37 is the 2nd book of the series and follows the ship, the Expedition which is forced to crash land in a frozen planet after an accident.

Gemme, the heroine is a tech who match-makes pairings on the ship and to ensure that they are compatible genetically and psychologically. However she is shocked to see that she is paired with Miles Brentwood who is being groomed to take over the leader on The Expedition. She is afraid to be partnered with him because he is popular and very desirable and because of her position as the person who matches up couples. But the ship crash lands, and the remaining survivors have to find a way to safeguard the ship and to find new supplies to ensure their survival.

I have to say, I loved the main plot for the mission to survive and the search for supplies, but the romance subplot, wasn’t that strong and the weakest part of the story for me. I felt, that Gemme’s actions especially with her position as a matchmaking tech and to dismiss the original results of her pairing with Miles wasn’t that strong an obstacle for them. I also disliked  the character of Luna who I felt was one dimensional and despite the ship’s edict of ensuring human matches have to be genetically compatible was very focused on pairing with Miles despite the fact he was reluctant to be in her company. This aspect of the plot was forced and very weak and detracted from the main story of the ship’s mission and survival

Marlene: The New Dawn series seems to have more of a “space opera” feel to it than truly science fiction romance. The plot that drives all of the stories is the human diaspora plot–humankind’s need to distribute itself among the stars because we have totally frakked up planet Earth. This is a well-used and well-loved trope in science fiction, and the author has done some neat things with the generational ships and the base human drives that managed the people who initially populated them.

The romance subplots have taken a “back seat” in the stories (that has a tendency to be true in space opera in general).

Gemme’s job was to check over the computer’s genetic matches to make sure that the computer hadn’t missed any nuances that a human would catch. With such a relatively small gene pool, this cross-checking was required. Computers don’t do nuance terribly well. Gemme didn’t “make” matches, but she could prevent them if she saw something the computers didn’t. Of course, that gave her an enormous amount of very subtle power.

Miles has the overt power, but he doesn’t see it as power. He sees it as taking care of the crew. This is what makes him a good leader. And that’s why he’s been made a leader. What gets lost in the romance is why Gemme and Miles are attracted to each other at the beginning. Not why the computer matched them, that could just be genetics, but why they get lost in each other. Insta-connection, OMG.

And don’t get me started on Luna. She was so one-dimensional that she was flat. Except her boobs, which seem to have been positively ginormous. A factor which otherwise adds to her one-dimensionality. So to speak. Luna exists in the plot simply to be self-serving, to point out how self-sacrificing Miles and Gemme are. Luna in Tundra 37 is the equivalent of Astor Barliss in Paradise 21. She’s the bully.

Has:Yep! I totally agree although I did find Astor’s character more developed and fleshed out. But I found that the fact they were on a dangerous mission, and outside on an alien world, it was verging on ridiculousness about the romantic sub-plot. I wished there was some real build-up especially for the tension and for the feelings between Miles and Gemme because there was no explanation on how and why they should feel like this and I hate insta-love trope, it never really works for me as a trope and it never makes me believe in the romance.

I did like the subplot, involving the Twin navigators, Mestasis and Abysme who were melded to the pilot computer of the ship, introduced an interesting dynamic and I found their relationship much more interesting. It also had more depth, especially with the introduction of alien artifact on Tundra 37  which draws the ship’s attention like a moth to a flame and is the cause of the crash. Although I do wished there was more background on why this artifact was buried there and if there were any links to aliens in the first book in some way because it was a bit random.

Marlene: I’m so with you, Has, when it comes to insta-love. The only insta-anything that feels real is insta-lust. That one, I think can be pretty darn instantaneous. Anything that requires emotions takes a bit of time. And at least a few conversations!

Something about Tundra 37’s emotional chords that struck me was that all the depth comes from the backstory, and mostly occurs in flashback. Whatever happened between Luna and Gemme that made Gemme kowtow to that witch happened when they were kids. It’s supposed to make the reader understand, but we don’t get enough. Gemme’s and Miles insta-connection is fueled by past lives, which they relive through the alien tech. The Twins’ shared experience, and the sadness of Mestasis’ lost love back on Earth, are experienced in their dead memories through the artifact.

The emotional present gets shorted. And you’re right again about the past of the artifact. Where did it come from and does it have any bearing on anything else whatsoever?

Has: I thought it was interesting about the flashbacks adding the depth and it did help with the buildup and contrast that with the insta-love it just highlighted the lack of development of the romance especially. I also wanted to know about the future of the survivors, because it ended abruptly, although there was hope they would be able to survive despite not them reaching their goal planet. The fact they end up on a desolate cold world was sad, and it also felt the story just got going for me. I hope we do get to revisit them and to see if there is more to come for this crew and if there is more developments with the alien artifact and its origins.

Marlene: I wonder how all the survivors turn out. The point of a diaspora story is usually to spread the survivors as far apart as possible so that there are as many chances of human survival as possible. Being a science fiction reader, I can think of a bunch of ways that we could legitimately check back on the surviving groups. I wonder if the author will pick one.

The alien artifact is interesting because it showed past lives, not just memories. How did it know? Were they true? It opens up a world (no pun intended ) of story-telling possibilities. Who were those aliens? Will they be back?

The ending, with that rousing speech, reminded me a lot of the rebooted Battlestar Galactica, and some of Adama’s speeches. But then, the Seers hooked into the ship reminded me a lot of Helva from Anne McCaffrey’s The Ship Who Sang. Science fiction recycles a LOT of tropes.

Has: Tundra 37 had a fantastic premise but the romantic subplot, for me was the weakest element of the story. However the flashbacks involving Mestasis own tragic romance who is the featured hero in the prequel, A HERO RISING, had depth and was much more engrossing, and heart-wrenching and I was drawn to her character and that of her sister which really made the book and story alive for me. Although I wished the ending didn’t end abruptly, the world-building and the story threads which link and tie in with the other books in the series, is engaging and keeps me interested in the story. I just wished the romance subplot was developed and didn’t fall into trope pitfalls.

Marlene: I also thought that the premise behind Tundra 37 was terrific. The human diaspora story is excellent, and the survival adventure part of the story was well-done. But the romantic elements felt slightly underdone. The romance between Mestasis and James, centuries ago, held more passion than the current living love between Miles and Gemme. Flashbacks are a great story-telling device, but they shouldn’t bear the entire burden of holding up the romance. The ending was upbeat and in a pretty good place, hope and inspiration for the future, before the hard work begins. But that particular ending is a common science fiction trope.

I give Tundra 37 3 stars for too many trips to troperville. 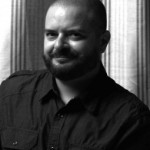 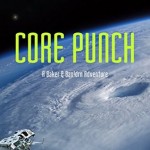