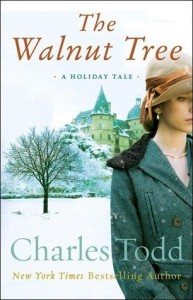 “I was in Paris the day the French Army was mobilized.”

In 1914, while visiting her friend Madeleine, Lady Elspeth Douglas’s life is thrown into chaos when war breaks out and the Germans quickly overrun Belgium, threatening France. Having just agreed to marry Alain, Madeleine’s dashing brother, Lady Elspeth watches him leave to join his unit, and then she sets out for England, only to find herself trapped on the French coast.

Caught amid a sea of stranded travelers, terrified refugees, and wounded men overflowing the port of Calais, the restless Elspeth—daughter of a Highland aristocrat whose distinguished family can trace its roots back to the court of Mary, Queen of Scots—decides to make herself useful, carrying water to weary soldiers near the Front. It is an act of charity that almost gets her killed when enemy shells begin to explode around her.

To her rescue comes Captain Peter Gilchrist, who pulls her away from the battle and leads her to safety. But before they can properly say good-bye, Elspeth and Peter are separated.

Back in London, surrounded by familiar comforts, Elspeth is haunted by the horrors she witnessed in France. She also cannot forget the gallant Peter Gilchrist, even though she has promised herself to Alain.

Transformed by her experience, Elspeth goes to London and enrolls in a nursing course, where she meets a fellow nurse in training, Bess Crawford. It is a daring move, made without the consent of Elspeth’s guardian, her cousin Kenneth, a high-handed man with rigid notions of class and femininity.

Yet Elspeth Douglas is a woman with a mind of her own, which—as she herself says—is a blessing and a curse. She is determined to return to the battlefields of France to do her part . . . and to find the man she has no right to love, no matter how far Cousin Kenneth may go to stop her. But before she can set things right with Alain, he goes missing and then Peter is gravely wounded. In a world full of terror and uncertainty, can the sweetness of love survive or will Elspeth’s troubled heart become another casualty of this terrible war?

A poignant, compelling tale brimming with adventure, danger, and love, The Walnut Tree is an enchanting holiday gift and a wonderful companion to Charles Todd’s acclaimed Bess Crawford series. 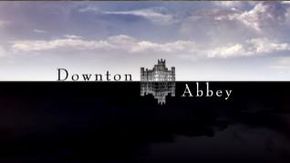 If you’re looking for something to tide you over until Downton Abbey finally starts up again in January, take a look at Charles Todd’s World War I Christmas romance, The Walnut Tree.

And if you happen to be a fan of Todd’s Bess Crawford mystery series, you’re in for a real treat. The heroine of The Walnut Tree is one of Bess Crawford’s London flatmates, so there is a glimpse into Bess’ world from a slightly different perspective. There’s even a touch of mystery.

But back to Downton. The heroine in this particular tale is Lady Elspeth Douglas. Like Sybil Crawley, she wants to do more in World War I than lament about the shortages and roll up bandages. Lady Elspeth goes through the rigorous training and becomes a surgical nurse, serving in France, until her guardian discovers where she is and forces her resignation from the service. Elspeth is well into her 20s at this point, but she is under her cousin’s guardianship until age 30 according to her late father’s will.

No one wants her to leave the nursing service. Elspeth is a damn good nurse and they need her. Badly. Desperately. But her cousin has the absolute legal right to do this. Makes you want to scream but this was quite legal. He thought, and many people quite agreed with him at the time, that serving as a nurse would make her unmarriageable. And, after all, that’s what upper-crust women were supposed to do-get married and make upper-crust babies.

Never mind what Elspeth wanted to do.

About the story. Elspeth was always somewhat different. Her late father raised her to be independent. And she is Scottish, not English. It does matter. She begins the war in France, waiting for the birth of that friend’s baby. And being courted by that friend’s brother. A man she had a terrible crush on when she and her friend were in finishing school together.

During the course of Madeleine’s pregnancy, Alain has been courting her quite assiduously, with the expectation that after the birth, he could go to Scotland to ask her cousin for her hand in marriage. All very proper. Elspeth thinks Alain is who she wants, but they never really have a chance to know each other. I’m not talking about sex. That’s not what this is about. They never have the chance to talk about what they really want out of life or what their expectations are for the future. They assume that everything will go on as it has always been.

Then the war intervenes. Alain asks her for her promise, but they are not engaged. Exactly, because he can’t ask her cousin’s permission. She feels bound, yet there is nothing formal.

And the world goes to hell. Germany invades Belgium, and Britain is dragged into the war. Her friend stays in Paris, and begs her to stay with her, when Elspeth should, as a British citizen, leave while she can.

After the baby is born, she finally does leave, and is caught up in Calais by the British troop movements. There are no ships for a civilian to take. She ends up nursing the wounded. Even untrained, she is more help than nothing.

And she finds Captain Peter Gilchrist, a friend of her family from Scotland. He takes her with his company, and makes sure she gets back behind the lines to the coast. The harrowing experience binds them together in a way that her brief relationship with Alain does not. But she gave Alain a promise that she cannot break.

Some prayers are not meant to be answered.

Escape Rating A: Charles Todd (actually a pseudonym for the mother and son writing team of Caroline Todd and Charles Todd) do an excellent, as always, job of invoking the time, the place and the sensibilities of life in England in the WWI and post-WWI era.

As much as the restrictions on Lady Elspeth chafe us, our world is not hers, those are the times in which she lived. She had to deal with her world as she found it, not as we would. The Todds let you slip into her skin, and see the world as she did.

We feel Elspeth’s need to do her duty to the promise she made to Alain, and we understand why she feels it. Just as we feel her need to do her part in the war, no matter the personal consequences.

That those consequences are high, and different from what Elspeth initially imagined…well that’s what makes the story so marvelous. 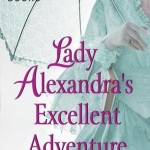 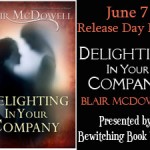