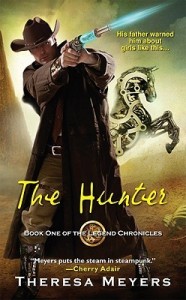 The start of an exciting new steampunk paranormal romance trilogy, which follows three brothers as they battle to find and protect their father’s piece of the missing Book of Legend, while falling in love with the paranormal heroines along the way. Original.

They’re the Chosen—Winchester, Remington and Colt—brothers trained to hunt down supernatural beings using the latest steam-powered gadgetry. It’s a hard legacy to shoulder, and it’s about to get a lot more dangerous…

A Devil Of A Job

Colt Jackson has gotten his name on many a wanted poster with success in the family business: hunting supernaturals across the frontier. Lately, though, there’s a sulfur stink in the wind and the Darkin population is exploding. A rift in the worlds is appearing. To close it, Colt will have to do the unthinkable and work with a demon to pass arcane boundaries no human alone can cross.

Except when he summons his demon, he doesn’t get some horned monstrosity: he gets a curvy redheaded succubus named Lilly, who’s willing to make a bargain to become human again. He also gets Lilly’s secret expertise on the machinations on the dark side of the rift. And her charm and cleverness help to get them out of what his silver-loaded pistol and mechanical horse can’t. Of course, when all hell breaks loose, he might have to sacrifice his soul. But what’s adventure without a little risk?

Theresa Meyers’ The Hunter reads kind of like one of those dime-novels that used to tell tales of adventures in the Wild, Wild West. Except that Meyers’ version would be more like the Weird, Weird West, complete with demons and mechanical horses.

There are three brothers, just like on the TV Western Bonanza. Except these brothers are named for guns. And they’re way more dangerous than any six-shooter–or rifle. 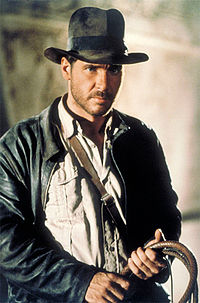 The story reminds me of Indiana Jones‘ adventures, complete with treasure hunt. Only the treasure that Colt Jackson is hunting is supposed to put demons back in their place, not just sit in a museum.

Although there was that incident with the Ark of the Covenant…

The Jackson brothers were born to a long line of hereditary Hunters, who sound a bit like the Knights Templar. Hunters hunt the supernatural; demons, vampires, shape-shifters. All the weird creatures that came out to “play” when the Gates of Nyx opened. (I want to know a LOT more about how that happened!)

The “Chosen” are prophesied to be be able to close those Gates, if they can re-unite the mysterious (and legendary) Book of Legend.

The Archdemon Rathe just wants to punish Colt Jackson for killing one of his demonic daughters. He sends the succubus Lilith to do his bidding.

Lilith wants to be human again. She’s studied the Jackson brothers incessantly, hoping against hope that they are the Chosen. If they fulfill the prophecy, she’ll be free. Or she’ll be finally dead. Either way, her torment will be over. If she can trust Colt Jackson’s promise, she can help him find the first part of the Book.

Colt has been obsessed with restoring the Book of Legend all his adult life. He’s certain that demonic infestations are on the upswing. He thinks it’s only a matter of time, and not much time at that, before the demons rule the human world. Then there will be no hope at all.

He needs to re-unite that Book. For that, he needs to get both of his brothers back into the hunt, even though they have both given up the family trade.

And he needs to trust a demon.

Escape Rating A-: This adventure/romance/steampunk was terrifically great fun. Indiana Jones set in the weird west. Or steampunk with a side-helping of demons for spice. Whichever way you slice it, it’s a gloriously good romp.

The steam in this steampunk romance (and it is steamy!) comes from the unresolved-until-the-end sexual tension between Colt and the succubus Lilith. They have fantastic chemistry that they absolutely shouldn’t explore! Talk about opposites attracting. He’s never sure whether what he feels is real (she is a succubus, after all) and she’s not sure she still knows how to feel. Then she’s certain that if they do give in, she’ll steal his soul whether she wants to or not. Talk about tense!

I kind of wish she hadn’t been named Lilith. The name is just a bit obvious.

The stakes in the adventure are appropriately high–as in high enough to make both the hunter and the demon re-think everything they believe in. And more than enough to keep you turning pages as fast as you can. 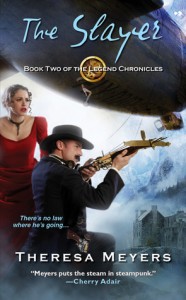 If you love weird west stories, get this one now! If you like  Moira Rogers’ Bloodhound series or Zoe Archer and Nico Rosso’s Ether Chronicles, you’ll love The Hunter. I can’t wait to read Winn’s (Winchester) and Remy’s (Remington, of course) stories, so I’m glad they’re already out and I don’t have to bite my nails waiting for them!

The Sunday Post AKA What’s On My (Mostly Virtual) Nightstand? 2-3-13

3 thoughts on “Review: The Hunter by Theresa Meyers”