My guest today is Kathryn Barrett, the author of an unusual and fascinating spin on the Adam-and-Eve story of the Garden of Eden, Temptation. She’s here today to talk about how her love story of a Hollywood actress and an Amish furniture maker (while extremely compelling, see my review for deets) breaks multiple traditional genre concepts in to tell its story.

But somehow I managed to write one, at least seemingly write one.

Temptation is not an Amish romance; it’s a romance set in Amish country, a distinction I wanted to make clear. It features Amish characters, including a main character, Jacob, who is an Amish furniture maker.

Nor is Temptation, like most Amish romances, an inspirational romance (sometimes called Christian romances). In an inspirational romance, a character typically finds their faith (having nearly lost it during the course of the book) at the end. Temptation is, if anything, an anti-inspirational. Jacob does not (spoiler alert!) find his faith in the end. At least, not in the traditional way. I suspect he’s found something much better, but I’ll leave that to the reader’s imagination.

I never set out to write a genre-buster, but when I heard my publisher refer to it that way in an interview, months before Temptation was released, I realized she’d correctly characterized the book. 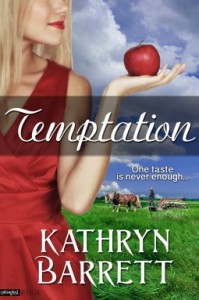 One of my biggest fears, right before Temptation was released, was that I’d get awful reviews on Amazon, similar to some of Annette Blair’s, from people complaining about the fact that there’s sex in an Amish romance. Her books (which otherwise got very good reviews) feature explicit sex, as does mine, and I could just see the same outraged reviewers labeling my book “trashy” due to its content. So I tried to be clear in the early marketing: don’t expect to find a sweet romance here. On the other hand, the idea of very explicit sex, in this setting and between these characters, is somehow wrong as well. (That comes later, after the epilogue, trust me.)

Genre exists partly because readers want to be reassured when they buy a book that certain conventions are met: a happy-ever-after ending, a solution to the crime, etc. Readers want the comfort of knowing that their worst fears—of a main character dying, for instance—won’t come true. But sometimes we want a little extra in the mix: a police procedural cop who falls in love, a horror novel set in outer space. An Amish romance that doesn’t close the door when the hanky panky starts.

A few months ago some writers were talking about a rumor they’d heard of a new “Amish erotica” sub-sub-genre. We all expressed our shock—such a mismatch of expectations! But I wondered if my book had somehow contributed to that meme. Or is there someone out there writing hot, steamy Amish romance?

Perhaps they didn’t set out to write an Amish romance. Perhaps they’d never even read one…

What are the bounds of genre, and when is it okay to break them? Do readers’ expectations matter? I’d love to hear what readers think, in the comments.

Thanks for having me here at Reading Reality, Marlene, and allowing me to explore the idea of genre. 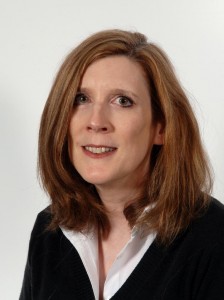 About Kathryn BarrettKathryn Barrett has been writing women’s fiction since the day her youngest daughter left for pre-school. All was going well, until she read a book called “30 Mistakes In Fiction Writing” and realized she was making all of them.

One by one, she’s overcome the mistakes and learned to make a few more along the way. “The best way to learn to write is to write,” she says. “Period.”

Kathryn lives near London in the enchanting countryside of England. When she’s not writing, she’s busy training a rescue dog, tramping around archaeological ruins, and occasionally making wine runs to France. Because nothing fuels the imagination like a good Bordeaux.

Kathryn is kindly offering TWO giveaways! At Reading Reality, she is giving away an ebook copy of Temptation. The grand prize for the blog tour is a Kindle Paperwhite. Check out both Rafflecopters! 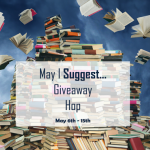 May I Suggest Giveaway Hop 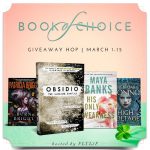 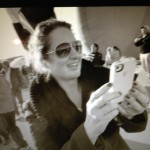