Today I’d like to welcome Jenny Davidson, author of The Magic Circle (see my review here). Since Jenny is a professor of literature, I was interested in her take on the difference, or the similarities, between the immersive experience of reading a novel and the immersive experience of playing a game, particularly role-playing games, whether live action or any other kind.

I am an addicted novel reader. I’ve stayed up all night reading books – I don’t do it so often any more, but I think the Harry Potter books produced the feeling in many readers that huge numbers of alluring crime novels, fantasies and so forth produce in me. That said, there’s a limit to how much time you can spend immersed in the world of a particular novel, or even reading novels more generally. Whereas a game like World of Warcraft can suck you in to the extent that it really impinges on normal life. Novels can do this too, or television, but I think in this case the difference of scale makes for a qualitative difference between the two.

If games and novels offer an immersive experience that’s basically similar, series fiction seems to me to try to reproduce the greater intensity of a role-playing game. The world of a one-off novel is finite, but the world of a series can be revisited at regular intervals, and the appearance of new installments makes the world seem near-infinite – the fictional worlds that make fans role-play in large numbers (I’m thinking of Firefly in particular, or anything along the Star Trek continuum) have persuaded them that the world of the fiction is infinitely more alluring and appealing than the real world. 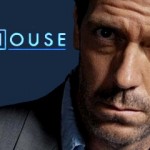 Television seems to me to work in ways similar to both RPGs and novels, especially as we now tend to view it: a full season in a weekend, in a “binge”-watching experience (either streaming or as a DVD after the initial season has been released). I can immerse myself in bad television as readily as in good: it is true, The Wire or Fringe or The Closer are my preferred fictional worlds, but I once streamed all eight seasons of House from start to finish over about three weeks (I’d hurt my back and couldn’t sit at my desk to work!). 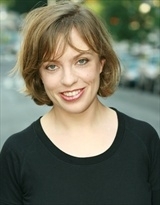 About Jenny DavidsonJenny has published four novels and two academic books; forthcoming in 2014 is Reading Style: A Life in Sentences. Jenny teaches in the Department of English and Comparative Literature at Columbia University and is the recipient of a Guggenheim Fellowship.

Jenny is kindly giving away one copy of The Magic Circle (Kindle or paperback, at the winner’s choice; paperback can be sent to U.S. addresses only!) to a lucky winner. To enter, please use the Rafflecopter below.