Today I’d like to welcome Laura Kaye, the author of the fantastic (literally, it’s based on Greek mythology!) Hearts of the Anemoi series (North of Need, West of Want) and the brand spanking new South of Surrender (review here). Laura’s going to talk about her other supernatural addiction, ZOMBIES! Go Laura!

I’m very excited to be at Reading Reality today to celebrate the release of my Greek-mythology-inspired South of Surrender, the third book in my Hearts of the Anemoi series. This book is about the Supreme God of the South Wind and Summer, Chrysander Notos, who literally falls into the life of human mortal Laney Summerlyn, who is nearly blind. Chrys’s hard landing into Laney’s life forces her to confront a new reality—that other, supernatural beings exist in the world. 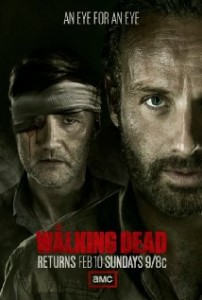 One of my favorite things about reading paranormal stories is watching the human characters learn that paranormal things exist in the world and try to figure out how to accept and deal with that. And I think that’s why The Walking Dead TV show has become my newest paranormal obsession. Yes, I’m late to the party! But within the past week, I’ve watched the whole first season and the first episodes of the second, and I am hooked. This is interesting for me, because zombies in general do not attract me. I mean, I write Greek gods and vampire warrior kings—the definition of sexy! LOL

One of the reasons this show has hooked me is because zombies are truly horrible to contemplate. Real people you used to know and love become mindless, flesh-eating attackers. Everything about that is horrible to think about. And you MUST kill them to save yourself. The sheer horror of that makes you think how you would deal with it, and this tweaks my interest in watching the human characters learn about and deal with the paranormal. Put zombies into a kind of dystopian, post-apocalyptic framework where their presence has led to the downfall of society and government and now you’re forced to think about what it would be like to live in that kind of world—and whether you’d think it was worth fighting to do so.

Another reason The Walking Dead appeals to me is that there’s plenty of that old-fashioned horror movie goodness of things jumping out at you and making you bury your fashion in a couch pillow. There’s tons of moments where you find yourself holding your breath alongside the characters so the zombies don’t hear you either. And, when you turn the TV off late at night, you find yourself peering outside your front windows to see whether Walkers are shuffling around in the street outside your house LOL. This is horror done well.

A final reason the show is so much fun to watch is because they’ve given us characters to love and root for. We don’t want the small children to die. Or the family that fought to be reunited. Or the kind-hearted old man. Or Daryl! For Pete’s sake! LOL And so we worry about them every step of the way, and that certainly invests us as viewers. 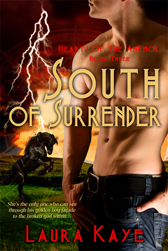 Now, zombies have absolutely nothing to do with South of Surrender, LOL, except that as a life-long fan of all things paranormal, both of these are the kinds of stories I love! But, to give you more of a taste of my story, here’s an excerpt of the moment right after heroine Laney Summerlyn has been attacked by one of Chrys’s enemies:

Needing to see her more clearly, Chrys willed on the lights and dragged gentle fingertips over her cheek. Her shirt and shorts were badly singed. Sweat beaded over her red, puffy skin. And, good gods, was she on the verge of blistering?

Enough! She needs you!

Too hot. He had to bring her temperature down. Fast.

Without a moment’s debate, Chrys willed all of their clothing away. The more of him that touched her, the faster he could syphon the heat from her body. He moved to cover her, and hated himself a little more—if that was possible—for having to push through the ancient anxiety that gripped him as he anticipated all that skin-on-skin contact.

His chest settled on her chest. His hips on her hips. His legs covered and surrounded hers.

Scorching. She was absolutely, intoxicatingly on fire. It would’ve been mind-numbingly arousing if he didn’t know the threat the heat posed to her well-being. Still, blood filled his cock and turned it to steel between them. He gritted his teeth, unable to control his body’s natural reaction to the temperature.

Breathing deeply, he concentrated on pulling the heat into himself.

Please let this work. Gods, maybe the amulet hadn’t protected her after all.

He absorbed what he could. And then he took more. He would take whatever he had to. For her.

Chrys pulled the energy in until it turned volcanic inside him. Restraining that amount of power had him shaking so hard he feared hurting her. He locked his jaw and muscled through the burn, intent upon his life not to fail at this one thing.

Come on, Laney! Come back to me. 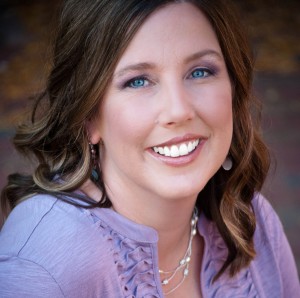 About Laura KayeLaura is the New York Times and USA Today bestselling author of a dozen books in contemporary and paranormal romance. Growing up, Laura’s large extended family believed in the supernatural, and family lore involving angels, ghosts, and evil-eye curses cemented in Laura a life-long fascination with storytelling and all things paranormal. She lives in Maryland with her husband, two daughters, and cute-but-bad dog, and appreciates her view of the Chesapeake Bay every day.

How many of you are addicted to The Walking Dead, too? If you are, what about it most appeals to you? One commenter who leaves their email address will win a $5 gift card to either Amazon or B&N. Open to international. Good luck!

For a chance to win the grand prize on Laura’s blog tour, use the Rafflecopter here: