Rock Star. Front man. Demon. A descendant of satyrs and the lead singer in a band that feeds on the energy of its audience, Trevor Sand is growing weary of the constant need to perform. He needs the legend of the Muse—a woman destined to be a demon’s eternal companion and only source of sustenance—to be true.

Knowing that he’ll die if he loses her, Trevor must find Misty before his enemies do. But even if he can save her, he knows that regaining the trust of his fated Muse will be his greatest challenge.

This is for everyone who has ever been told that rock music is the devil’s music. Or possibly for everyone whose parents ever shouted something like that through the bass beat thumping through the house while they were still teenagers living at home.

Heavy Metal Heart has that spirit of defiance rock and roll defiance blasting through its storyline, and if you love rock, that back beat carries you through the sense that this paranormal romance happens awfully fast.

But then, rock stars burn hot and burn out fast. Unless they really are demons.

Trevor Sand is a rock and roll superstar. This time around. In other times and in other places he’s played every kind of music that there is, from opera to harpsichord to beating skins stretched over wood frames. In this time and place, rock and roll is what brings in enough energy to feed his hunger. Trevor is a demon. He calls himself that. Terminology is slippery. Call him an elemental if it works for you.

Trevor and the boys in his band have walked the Earth for millennia. They were called up by the intense energy of humans first celebrating their ability to survive and conquer the world around them. As long as humans lose themselves in revelry, Trevor and his kind are immortal.

There’s one hitch. Actually two. Rationality hems in the natural order of things. It is natural for humans to let loose now and again. Teenagers are meant to rebel; Friday nights are meant for going out and partying. But there is a group set against Trevor and his fellow demons, the Philosophers. The Philosophers are the gloom and doom party. Complete with real doom.

Then there’s the girl of Trevor’s dreams. Every great artist has a muse. Make that muse with a capital M. Just as Shakespeare wrote poems to his ‘dark lady’, Trevor has been been penning songs to his woman with ‘green eyes’. But for a demon, once he finds his Muse, she becomes the only way he can feed his hunger for energy. Once he’s found her, if she dies, he dies.

She’ll save him, but she’ll also make him vulnerable. Sounds like love.

Misty Grant has been dreaming of Trevor Sands for years, since the first time she heard his music. For one night, she decides to walk on the wild side by going to his impromptu concert and introducing herself, no matter how far out of her comfort zone she has to step.

She has no idea…

Escape Rating B: This is a story of two counter-poised myths. One is that the need of human beings to celebrate, to create, to make joyful noise and song is so powerful that its very nature became embodied in elemental spirits that feed from the energy humans give off when they “live it up”. The Roman god Bacchus loved riotous, drunken festivals, he even gave his name to them; bacchanalia. What if he was based on a something that lived off the energy created by those revels?

Rock and roll isn’t the first time that music has been seen to be a demon’s playground, either. People initially thought the waltz was quite shocking (read almost any Regency romance to get a flavor for this); never mind Mozart’s behavior.

The other myth is the one about every great artist having one perfect Muse who inspires him (or her), combining more than a bit with the fated-mate trope for good effect in this instance. An awful lot of girls dream of being picked out of a crowd by a rock star, in this particular bit of wish fulfillment, the rock star has also been dreaming of this one, particular woman. It makes the concept work this time.

Although Trevor is the demon, the story hinges on Misty’s transformation from ordinary human to extraordinary. It’s not just because she has the most awesome one-night-stand with a rock god, but because she was always meant to be more. She just has to keep deciding, over and over, that she wants everything that that “more” means, the bad as well as the good.

If you’d like to try a story that combines the immortal rock and roll of Jeri Smith-Ready’s WVMP series and the hot sex of Olivia Cunning’s Sinners on Tour series, let Heavy Metal Heart have another little piece of your heart. 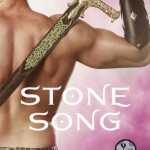 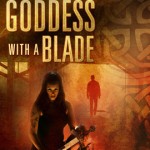 Goddess with a Blade

One thought on “Review: Heavy Metal Heart by Nico Rosso”