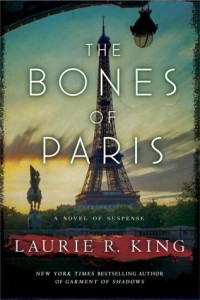 Paris, France: September 1929. For Harris Stuyvesant, the assignment is a private investigator’s dream—he’s getting paid to troll the cafés and bars of Montparnasse, looking for a pretty young woman. The American agent has a healthy appreciation for la vie de bohème, despite having worked for years at the U.S. Bureau of Investigation. The missing person in question is Philippa Crosby, a twenty-two year old from Boston who has been living in Paris, modeling and acting. Her family became alarmed when she stopped all communications, and Stuyvesant agreed to track her down. He wholly expects to find her in the arms of some up-and-coming artist, perhaps experimenting with the decadent lifestyle that is suddenly available on every rue and boulevard.

As Stuyvesant follows Philippa’s trail through the expatriate community of artists and writers, he finds that she is known to many of its famous—and infamous—inhabitants, from Shakespeare and Company’s Sylvia Beach to Ernest Hemingway to the Surrealist photographer Man Ray. But when the evidence leads Stuyvesant to the Théâtre du Grand-Guignol in Montmartre, his investigation takes a sharp, disturbing turn. At the Grand-Guignol, murder, insanity, and sexual perversion are all staged to shocking, brutal effect: depravity as art, savage human nature on stage.

Soon it becomes clear that one missing girl is a drop in the bucket. Here, amid the glittering lights of the cabarets, hides a monster whose artistic coup de grâce is to be rendered in blood. And Stuyvesant will have to descend into the darkest depths of perversion to find a killer . . . sifting through The Bones of Paris.

The dance of death capers to a lively jazz tune beneath the city of lights. You can almost hear the beat take on a frenetic turn as some people realize that the good times can’t possibly last.

It is September, 1929. Jazz Age Paris, and the booming U.S. stock market has made it possible for the thriving artistic expatriate community that became the hallmark of the era to exist, is about to go smash.

In The Bones of Paris, it feels as if Harris Stuyvesant’s hunt for the young American woman, Pip Crosby, brings the crash. There’s a sense of impending doom from the very first page.

It could be because we see the date, and we know. 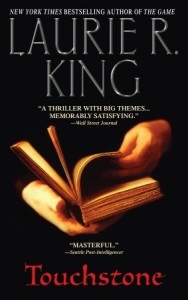 Harris Stuyvesant is a private investigator, formerly a member of the American Bureau of Investigation. And yes, that would be the precursor to the FBI. In a previous case (the book Touchstone) Harris breaks with his former employers but stays in Europe as a private operator. Pip’s case brings him back to Paris.

This is the Paris of Hemingway’s Lost Generation. Indeed, Harris not only knows Hemingway, but is careful to lose whenever Hemingway picks a boxing match with him, because Hemingway is a nasty loser but an expansive winner. Ezra Pound, James Joyce and Gertrude Stein appear as background characters.

But it is the artists with whom the story is most caught up. Pip Crosby was an artist’s model. So Harris spends a lot of time investigating the artists’ community in Paris. Particularly Man Ray, Didi Moreau, and the Grand Guignol theatre of naturalistic horror and its proprietor, Le Comte.

Of course, in the Paris of the 1920s, everyone in the artistic community knew everyone. Harris’ investigation feels like stepping back into time, and drinking the night away with the Queen of Montparnasse while listening to Josephine Baker at Bricktop’s.

Harris has a missing American girl to find. He checks in with the police, only to discover that Pip Crosby is not the only missing girl, or the only missing person. Inspector Doucet has begun to fear a pattern, a serial killer, who has gone undetected for at least 18 months.

The argument between them is that the evidence that Harris turns up is generally not obtained by legal means, and the suspects that he fears may be guilty are not people that the Inspector, however dutiful, is predisposed to consider.

Then there is the biggest problem between these two men; Doucet is engaged to marry the woman that Harris once loved. A woman who may be the next target of the killer.

Escape Rating B+: The evocation of the time and place is marvelous. There are a few of the people involved in this story that I’m still trying to determine whether they were real figures or were made up. Didi Moreau is the one I think is fictional, but could have been real.

But for the purposes of the mystery, there were three suspects. One could not possibly have been the murderer because he was a real person and this event simply didn’t happen in his life. Part of the mystery was that it simply took a long time to narrow down that Pip was dead, or admit Pip was dead, and to figure out that they were dealing with a serial killer and who the possibilities might be. 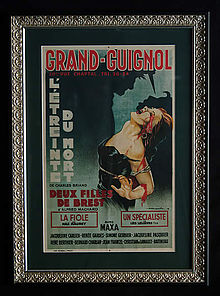 The weaving of real elements into the story made things more chilling. Two features of Paris at the time that are integral parts of the story are the Paris Catacombs and their chilling history, which of course still exist, and the Grand Guignol theatre of horror and comedy.

I had not read Touchstone before reading The Bones of Paris. It isn’t necessary to enjoy this book, but now that I know it exists, I want it.