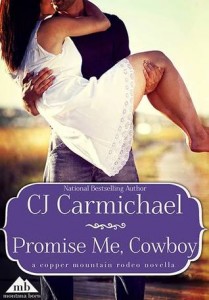 4 thoughts on “Review: Promise Me, Cowboy by CJ Carmichael + Giveaway”