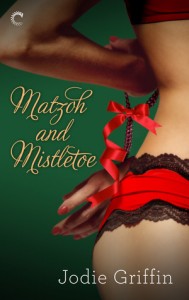 Every December twenty-fifth, Rebeccah Rickman volunteers through her synagogue so that others can celebrate Christmas. Her usual mitzvah, or good deed, is assisting police officer Jeremy Kohler. But this year is different: this year, Becca is free to act on the attraction that has long simmered between her and the sexy cop.

Jeremy couldn’t have asked for a better gift than discovering the woman he’s fantasized about for five long years is single. But when he learns about the violence that broke up Becca’s marriage, he’s hesitant to pursue her. He fears his desires will scare her away—but can’t deny his own need for control in the bedroom. Or his longing to instruct her in the fine art of submission…

Becca is shocked to learn that Jeremy is a sexual dominant. And despite her past, she’s also aroused. But before she can explore what that means, she’s going to have to put her trust in Jeremy—and her own fledgling desires.

There’s more mistletoe than matzoh in this holiday romance about a Jewish woman who regularly volunteers at her local police station on Christmas and Easter so that more people who celebrate those holidays can be at home to do so. After all, those are not her holidays, and it’s considered a good deed both to volunteer and to help others.

Rebeccah Rickman has always had her own secret reason for being so helpful. Five years ago, the very first time she walked into the police station on Easter, she had an instant attraction to Officer Jeremy Kohler. But Rebeccah was married, and she made sure she never let her attraction show. She also never knew those feelings were mutual, not in five years of Christmas and Easter ride-alongs did she ever have an inkling that her continuing to volunteer was the only reason that Jeremy continued to sign up for holiday duty twice a year.

When Rebeccah comes into the station for her usual Christmas volunteer stint, she comes in with a whole bunch of secrets to reveal. For the first time since she met Jeremy, she’s a single woman. She divorced her husband Sam. The problem is that she divorced his ass because he became an abusive bastard. While it’s the one and only physical strike that pushed her out the door and into divorce court, Sam was a systematic emotional abuser and those wounds are a lot more insidious and will take a lot longer to heal.

However, he does think things through considerably better than the mess that happens in Fifty Shades of Grey. When Jeremy moves too fast, he knows he’s screwed up and works at making things right.

But the story here is about Rebeccah as a survivor of years of emotional abuse, and how much damage that ongoing assault does to a person’s self-worth, even when there are no bruises. Sam took away Rebeccah’s choices piece by piece and expected her to submit in every aspect of her life, where Jeremy hopes that she is a sexual submissive, but wants a real partner in every other aspect of their lives. Rebeccah, naturally enough after what she went through, has a hang-up about the word “submission” and Jeremy often trips over his own drooling tongue before he gets things fully explained to her.

Matzoh and Mistletoe is a sexy holiday romance with a side of kink, and a pretty darn enjoyable one at that. However, and it’s a pretty big however, I wish that the author had either decided to leave it at that, or had decided to leave out the kink and gone for the sexy holiday story about Rebeccah recovering from her abuse and finding new love. Or had just plain stayed with Rebeccah’s point of view.

The innocent who discovers they are secretly a submissive can be a great story. The abuse victim who stands up for themselves and on their own can be an empowering story. There just wasn’t quite enough space here to combine those two. 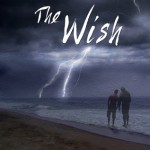 Guest Review: The Wish by Eden Winters
From Now Until Forever 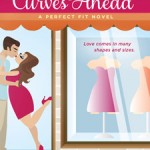