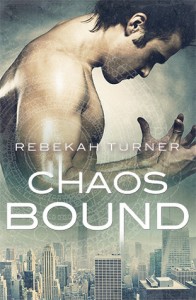 Lora Blackgoat — mercenary and smuggler — has only just recovered from the last threat on her life and hasn’t even begun to sort out the mess of having both a nephilim warrior and a reborn hellspawn as potential lovers. Work should be a refuge, but a job finding missing persons puts her in the crosshairs of a violent gang and a merchant with a taste for blood sport.

Reluctantly, Lora turns to the two men in her life for help. Roman — the nephilim — professes to be her soul mate and turns to her when he feels the darkness of nephilim madness descending. But though Lora is drawn to Roman, it is Seth, ex-lover and reborn hellspawn, who Lora must ultimately ask to protect those she loves. Can she trust Seth to save Roman and her adoptive family, or will this be a fatal mistake?

The Chronicles from the Applecross is a series where it really helps to get in at the very beginning. Fortunately, the beginning is not far away, and is also excellent. If you enjoy multi-faceted urban fantasy starring complicated kick-ass female protagonists, get a copy of Chaos Born right now. Lora Blackgoat is a whole world of fascinating. 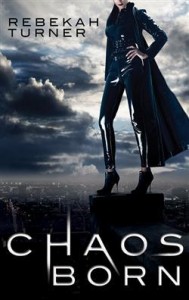 Chaos Bound picks up right where Chaos Born left off. Lora Blackgoat is a mercenary and an all-purpose “fixer” for the Blackgoat Guild in the magical borderland called the “Weald”. From there, it is possible to cross into our own non-magical world, the “Outlands” and bring back luxury goods. Lora is particularly fond of sports bras and expensive boots.

She also has the unique ability to make mechanical items function in the Weald, and make magic spells work in the Outlands. Lora doesn’t know why, but then, Lora doesn’t know her own heritage, either. She was a foundling, adopted and raised by the satyr Gideon Blackgoat and the otherkin Orella Warbreeder, but she’s never known what she herself is. She looks human, but knows she probably isn’t.

She also looks like a Witch Hunter, but doesn’t have the talents that go with that appearance. Lora also detests the practices of the Witch Hunter Guild. They have a tendency to massacre suspected dark path practitioners first, and ask questions later, if it all.

In Chaos Bound, Lora finds herself trapped between multiple sets of opposing forces. A competing mercenary company tries to muscle Gideon out of business. This sounds like simple business competition, but it sparks a blood-soaked chain reaction that nearly leads to a purge of all magic practitioners.

Lora is contracted to bodyguard a young actress, and the consequences of her assignment start a blood feud between the shapechanging griorwolves and a drugrunning gang of cuthroats and slavers.

In the middle of all of this, Lora discovers that the reason she has such unusual magical abilities is that she is something that has not been seen in millenia, if ever; she is a female nephilim. And that too many people (using loose definitions for the word “people”) want to control her power for their own ends. Not that she is remotely willing to let them.

Unfortunately, one of those people is her ex-lover. Who neglected to mention his own past as ex-hellspawn. Or that he is in the center of several of the recent power plays, trying to decide which one will benefit him the most.

The Applecross is a very complicated, and deadly place. It is awesome to read about, but I wouldn’t want to live there.

Escape Rating B+: Chaos Bound (and also Chaos Born) are totally Lora’s show. Both books are told from Lora’s first-person perspective, and it’s her voice all the way. In other books this device falls flat, because the head you’re stuck in has to be an interesting head, and the perspective has to be informed enough that it doesn’t feel naive or stupid.

Lora is completely awesomesauce. Even when she doesn’t know what she’s doing, she’s still kicking ass and taking names.

Yes, she has low moments, and sad moments, and times when she gets overwhelmed, but she picks herself back up. She doesn’t wait to be rescued. She also goes off in the complete wrong direction a few times, but she keeps moving forward. Or occasionally ass-backward. But moving.

This is urban fantasy rather than paranormal romance. However, there is what feels like an obligatory romantic triangle in here, and I kind of wish it had been played down even more than it was. It feels like there’s going to be a showdown at some point, but I wish that the romance wasn’t tied into it. Or that the triangular aspects of the romance weren’t tied into it. Not every urban fantasy needs a romantic triangle. There is more than enough tension building in Lora’s life without one.

But, about the two “gentlemen” and their history, outside the nascent romance? Seth Hallow is ex-hellspawn, and he seems to have been in the Applecross and the Outlands since he got his ejection notice, a looooong time ago. Lora (and this reader) would love to know how many fingers he’s had in how many pies since the dawn of time. He’s been a busy boy.

Her other suitor is the nephilim, Roman. He’s probably been around a few decades, or maybe centuries, too. There’s serious history waiting to be explored.

But the story is all about Lora. Where did she come from? It’s more than obvious that Gideon and Orella are keeping secrets about her origins. (So is Seth) Every time Lora finds out more, it’s because one of those secrets has just bitten her in the ass.

I would love to know why the cover picture is the guy in torment? The Chronicles of the Applecross are absolutely Lora’s story from beginning to end. And it’s one hell of an absorbing story! I hope we get some more soon, because while this installment came to a definite conclusion, Lora’s journey is far from over. 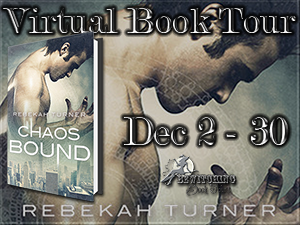