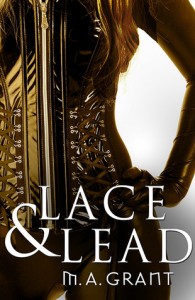 Blue-blood Emmaline Gregson survived one of the most brutal mining accidents ever recorded in the Republic, but she’s never been in a firefight. So when unknown assailants circle the family estate, the only man she can rely on is Peirce Taggart. A former Lawman turned mercenary, Peirce has a simple job: protect Emmaline until her father can collect her and sell her to sex trafficker Richard Stone to pay off his debts. But when Arthur Gregson tries to cheat his way out of the contract, Emmaline seizes the opportunity to hire Peirce for herself, regardless of how crude, dangerous, or appealing he may be. Given the chance for redemption, he promises to help her escape both her father and Stone. But Peirce soon realises that hiding her in his apartment until the storm has passed may be more dangerous than looking down the barrel of a gun… 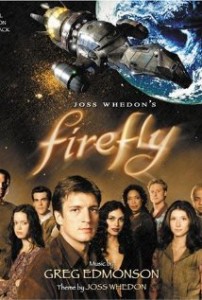 My heart keeps wanting to say Firefly, although when I break the story down, it isn’t a logical reaction. Pierce Taggart sure as hell isn’t an avatar for Mal Reynolds, and Emmaline Gregson has nothing in common with Inara Serra, although it turns out she has quite an affinity for Kaylee.

But this has the feel that Firefly did, a futuristic western, even if that future is rather undefined in Lace & Lead. And Pierce Taggart is also an ex-military man, as Reynolds was. Except that Taggart’s cause wasn’t lost in the fight, only his sister.

In this future, the mostly good army is fighting against aliens who are not human and seem to think we might be dinner. I don’t know about you, but that feels like way more than a difference of opinion that can be smoothed over with a little negotiation. I like my parts attached.

I said “mostly good” because some of Taggart’s former comrades-in-arms are as susceptible to human forms of corruption as the criminally-minded in our world. Just because they fight the good fight some of the time, doesn’t mean some people are always good.

One of the reasons that Lace & Lead feels like a western is because the story starts on a very western-seeming ranch. Admittedly a ranch with some very high-tech security gadgets, but still a ranch. Also, our heroine is not just wearing a corset, but wearing gowns (gowns!) that require a corset to fit properly. Retro-fashion at its finest.

All of Emmaline Gregson’s references to her life before the story begins are to a life where women, or at least “blue-blooded women” are not supposed to have any agency. Her future was supposed to have involved a move from her father’s dubious care to her husband’s, with her being a sheltered child-woman never allowed to make any decisions for herself along the way.

The attack on the ranch that begins the story shoves her life off course and changes everything. Lucky for her, it also breaks her father’s contract with Pierce Taggart. Because Taggart is something unusual, an honorable soldier-of-fortune.

When Emmaline’s father sends a rival band of mercs to kill his crew in order to prevent them from collecting their pay, it does pretty much invalidate their contract, freeing him to take a much more honorable contract from Emmaline.

Because Emmaline wants Taggart to protect her from her disgusting father and the man he was planning to sell her to. Yes, I said sell. In order to pay off a very large debt, “dear old dad” is planning to sell his gently-reared, blue-blooded and virgin daughter to a known flesh peddler.

Attempting to stiff his hired guns by turning them into stiffs is by far the least of his sins, but it is where the story gets mighty interesting.

Taggart thinks Arthur Gregson is an arrogant prick. He thinks all blue-bloods are useless except as a source of jobs for his team. Until Emmaline.

Because while he’s busy rescuing her, she’s equally busy transforming herself from the worthless prissy bitch she never wanted to be into something else entirely.

It’s not just that she’s beautiful in dingy cargo pants as she crawls under old engines and learns to rebuild discarded military transport–it’s that she’s finally found a life that suits her right down to the ground.

If only the men chasing both of them will let her keep it. And Taggart.

Escape Rating B+: There’s a lot of story packed into a relatively short novella, and it packs a surprising amount of emotional punch.

Lace & Lead feels space western, and it hints at it effectively without a lot of detailed worldbuilding. Not that I wouldn’t have enjoyed a bit more worldbuilding. There’s a piece missing about how extremely different life is between the high and low classes. It always is different, but Emmaline’s total lack of agency to the point where she wasn’t permitted to pick her own clothing seemed beyond extreme, especially compared to Taggart’s sister’s life in the military.

The rich are always different from you and me, but on this world, how did they get this far that way?

Emmaline is an active participant in her own rescue. She may need Taggart and his men to break her out, but she was planning to find a way of escape from before the story starts. Also, the suspense subplot of why the chase continues to pursue her involves an earlier incident where Emma very much took matters into her own hands.

She’s not the shrinking violet her society expected her to be. It’s important in the story that Taggart doesn’t just fall for her, however reluctantly, but that he also provides her with a way to do meaningful work for the first time in her life. She needs that purpose as much as she turns out to need him.

Because she needs to become his equal or they don’t have a chance. Not to save their lives, and not to make a future.