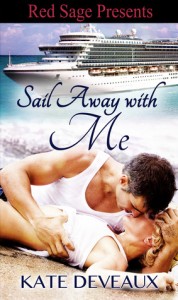 3 thoughts on “Review: Sail Away With Me by Kate Devaux + Giveaway”