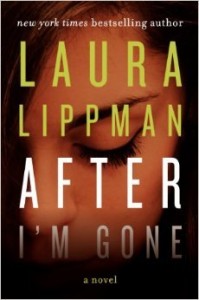 When Felix Brewer meets nineteen-year-old Bernadette “Bambi” Gottschalk at a Valentine’s Dance in 1959, he charms her with wild promises, some of which he actually keeps. Thanks to his lucrative-if not all legal-businesses, she and their three little girls live in luxury. But on the Fourth of July, 1976, Bambi’s comfortable world implodes when Felix, newly convicted and facing prison, mysteriously vanishes.

Though Bambi has no idea where her husband-or all of his money-might be, she suspects one woman does: his devoted young mistress, Julie. When Julie disappears ten years to the day that Felix went on the lam, everyone assumes she’s left to join her old lover-until her remains are eventually found in a secluded wooded park.

Now, twenty-six years after Julie went missing, Roberto “Sandy” Sanchez, a retired Baltimore detective working cold cases for some extra cash, is investigating her murder. What he discovers is a tangled web of bitterness, jealously, resentment, greed, and longing stretching over three decades that connects five intriguing women: a faithful wife, a dead mistress, and three very different daughters. And at the center is the man who, though long gone, has never been forgotten by the five women who loved him: the enigmatic Felix Brewer.

Somewhere between the secrets and lies connecting past and present, Sandy will find the truth. And when he does, no one will ever be the same.

I haven’t read any of Laura Lippman’s previous books, because I didn’t want to start a series seven books in. But lots of people have recommended her Tess Monaghan series, and if it’s anywhere near as good as After I’m Gone, now I know why.

After I’m Gone is both a mystery and a character study. It really starts with a cold case, and then flashes back to the circumstances that set the whole chain of events off, and back to the murder being investigated.

This one has lots of interesting layers, and that’s what kept me glued to the book.

In 1976, Felix Brewer disappears, leaving behind a wife and three daughters. And a mistress. Although Felix has never been found, his disappearance isn’t the cold case–it just sets up the events.

Everybody knows that Felix disappeared so that he wouldn’t end up in jail on a federal gambling charge. He was guilty as sin.

But by 2012, Felix’ whereabouts have become secondary. Either he’s very old or he’s very dead, wherever he is.

However, his mistress, Julie Saxony, was murdered in 1986, and there is no statute of limitations on murder. Her murder is the cold case, because one retired cop turned consultant is haunted by her face.

In the present, the point of view is Roberto “Sandy” Sanchez, an ex-cop who helps the Baltimore Police Department close old cases. (He reminds me a lot of the cold case squad in the British police mystery series, New Tricks, except that Sandy is one-man band, not a squad.)

Sandy knows that everything in Julie’s murder has to hinge on Felix Brewer’s long-ago disappearance. Even though Julie had a successful restaurant, the most important thing in her life was that she was Felix’ girl.

So who wanted her dead? And why? In his investigation, Sandy goes back over the old ground, and interviews everyone left alive who knew Felix or Julie. His questions revolve around whether Julie was in touch with Felix, and whether any of the other women abandoned by Felix, his wife, his daughters, still wanted to see her dead for the old betrayal.

Sandy’s mantra in every cold case is that “the name is in the file”. There are 800 pages of names in this particular file, but he’s right that one of them is the culprit. Figuring out who, and more importantly why, tears apart the world of every single person that Felix left behind.

Escape Rating A-: Even though After I’m Gone is definitely a mystery, the story is all about diving into the motives and the history of the various personalities. Even though the “whodunnit” is important, it’s figuring out the why that’s so fascinating.

Because it’s all tied up in the people.

No one really moves on from the catastrophe; not his friends, and certainly not his family. Blaming his mistress for everything that goes wrong is all part of the family coping mechanism. But with the discovery of her death, they are forced to change some of that story. Julie clearly didn’t join Felix wherever he is; she’s been dead almost as long as he’s been gone.

So what happened? All the women in Felix’ life had motives for killing the mistress, but the more Sandy delves into events, the less sense that seems to make. Sandy’s dogged determination to discover the truth upsets a lot of applecarts.

I wouldn’t mind seeing Sandy as the investigator again.

One quibble about the book; it uses a lot of flashbacks, from 1959 to 1976 to 1986 to 2012 and back again, over and over as the layers of the case are revealed. It was occasionally a bit confusing trying to figure out which part of the timeline the narrative was in, but it all came together beautifully in the end.

2 thoughts on “Review: After I’m Gone by Laura Lippman”