Mirror, mirror, full of stars,
Who will claim the throne of Mars?

The princess: Engineer Bianca Ross, heir to a megacorporation and the Mars elevator, needs to acquire a mine on the surface to secure her place in the company. All that stands in her way is the mine’s charming owner, Cesare Chan.

The evil stepmother: Victoria Ross is plotting to gain control of Mars. She plans to assassinate Bianca and seduce Cesare to further her goals, and Bianca’s trip is the perfect opportunity.

The charming prince: Cesare shouldn’t get involved. Bianca’s visit could reveal the escaped slaves he’s hiding at his mine, but he can’t ignore a damsel in distress—especially one as beautiful as Bianca.

Alone, neither would stand a chance against Victoria. But together, they could rewrite a tale that’s meant to end with Bianca’s blood.

Mars, Cinderella, and for one brief hilarious moment, Snow White and the Seven Dwarfs. While this sounds like a fairy tale, it’s actually surprisingly entertaining science fiction romance. I say surprising because those original three things shouldn’t go together in the first place. But somehow they do.

There may be a tiny bit of Romeo and Juliet mixed in too. Bianca and Cesare certainly start out on opposite sides of the corporate fence: her company is staging a hostile takeover of his company. But it’s not really them; his father sold out to her stepmother. The question is why.

The Space Elevator is a tried and true SF device, perhaps even more venerable than the use of faster-than-light travel. In Ice Red, Bianca’s father invented the space elevator. He’s a self-absorbed genius who lets other people run his company while he continues to invent more cool stuff.

Unfortunately for both Max and Bianca, the “other people” who are running his company is Victoria and her goon squad. And back to the Cinderella trope, Victoria is the classic evil stepmother, complete with her own sick version of “mirror, mirror”.

Bianca has been trying to prove that she is a capable manager and administrator, worthy of being given real responsibility in the company that her parents created before her mother’s death. Unfortunately for her, she keeps trying to prove herself to one person who sees her as the ultimate rival, and another who stopped paying attention to anything years ago.

Cesare is just trying to keep the mining company that his father built. It’s not about the money, it’s about the people. Cesare has been investing corporate profits in rescuing all the Earth colonists who were lured to Mars with promises of good jobs, and found themselves on the cargo end of human trafficking operations. Trafficking where stepmother Victoria operated the shipping.

Just like the feelings that Bianca and Cesare develop for each other as they try to stay one step ahead of everyone who is out to get them.

Escape Rating B+: Ice Red is rock solid science fiction romance entertainment! It’s set in a not-too-distant future where Mars has been developed through the construction of a space elevator, but these are all familiar concepts. Mars, Earth and the space station that controls the elevator, Eris, are easily imagined places.

Considering the actions of Bianca’s stepmother, Victoria, I find the name of the space station to be particularly appropriate. Eris was the Greek goddess of chaos, strife and discord; all things that Victoria creates as a matter of business. And pleasure.

We get to know both Bianca and Cesare pretty well as the story progresses; it’s just long enough for good character development without letting up the break-neck pace. It was particularly easy for me to identify with Bianca’s desire to carve a place for herself in her father’s company, and her continued frustration with the way that Victoria and her father Max kept pushing her away. But she’s also been lonely and protected from the hard knocks of the world, and she needs to get out of the cocoon she’s been swaddled in.

Cesare has been hiding his heroism under the cover of being a wild cowboy. He needs to step into the light, and she needs someone to shake her up. They have terrific chemistry.

The villainy of Victoria was just a bit over the top. It reminded me of B Movie space operas, in a very fun way. She would have made a great cartoon baddie.

I’m looking forward to seeing where this series goes next. Ladder to the Red Star, here I come! 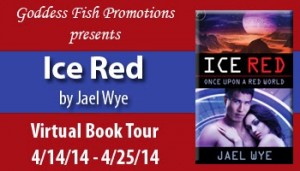 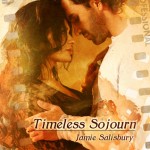 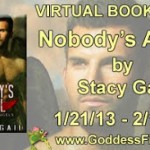