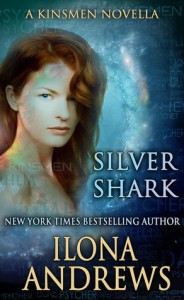 Claire Shannon is a killer. She uses no weapons, only her mind.

Born on a planet locked in a long war, Claire is a psycher, a woman with the ability to attack minds and infiltrate a biological computer network where psychers battle to the death. But when the war abruptly ends, Claire must hide her psycher’s ability to survive. She is deported to a new planet, a vivid beautiful place, where she meets Venturo Escana, a powerful psycher, whose presence overwhelms both her mind and her body.

She thought she had left war and death behind, but now she must fight for her new life and this battle might just cost her everything… 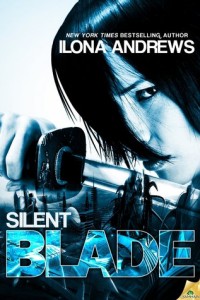 And it’s still too short.

This is not a peaceful future that we see. Resources are scarce, and interplanetary conflict is a fact of life. Brodwyn has been at war with Melko for all of Claire’s life. Each faction claims the planet Uley, and neither will give up.

Everyone contributes to the war effort. Claire is drafted at age 14, forced to leave her terminally ill mother behind so that she can put her “psycher” talents to use for Melko. Claire is extremely powerful, able to infiltrate and kill on the bionet. She fights because that’s all there is to life in her world.

Then Melko surrenders. The talent that has been her biggest asset suddenly paints a target on her back. The conquerors will be certain that she is too dangerous to live. So she hides her abilities, making herself seem like any other refugee, no matter what painful tests are administered to smoke out psychers like her.

As an ordinary refugee, she is sent to Rada, the home planet of the first book, Silent Blade. Her shielding is so perfect, she appears mind-blind, making her the perfect candidate for a job with Ventura Escana. His firm specializes in security, and he is a powerful psycher.

He thinks Claire’s mind is restful because it’s so quiet. He has no clue that the woman he has hired to be his administrative assistant is nearly as powerful as he is. He doesn’t discover that the reason she is so capable, that she is so perfect at anticipating his needs, is because she is just like him.

Until she is forced to open her shell and save her fellow refugees. Ven is as fascinated with the female psycher he battles on the bionet as he is with the admin he is not supposed to touch.

Then he finds out they are one and the same.

Escape Rating A-: This story goes into more depth about this futuristic world. We see Rada through Claire’s eyes, as she learns to adapt to a life that has a future other than war and more war. She wants to live, and maintaining her shield is a requirement, but we see her struggle.

There’s also an element of the classic love trope where the admin or secretary falls in love with the boss, and it’s done very well. Unlike so many stories of this type, Claire and Ven really are equals in power, even if he doesn’t know it. He needs someone who will challenge him, and Claire is more than capable of being very challenging on every level.

We see more of Claire’s perspective than Ven’s, but both of them are interesting, likeable characters and the reader wants to see their happy ending. But the ending was a bit sudden, and Ven is way too accepting of the fact that Claire has been deceiving him all along. I’d love to have seen them take a bit more time to work things out.

While it isn’t necessary to read Silent Blade before Silver Shark, reading both does provide more background for the world, and it makes the scene where Ven brings Claire to meet Meli and Celino that much more fun.

One thought on “Review: Silver Shark by Ilona Andrews”