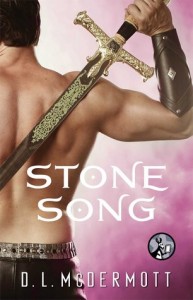 Sorcha Kavanaugh knows better than to tangle with the Fae. She’s been aware of the Fair Folk, the Gentry, the Good Neighbors since she was a little girl. Her Gran used to warn her not to sing, not to play music, not to even hum, lest the Beautiful People hear her remarkable voice and spirit her away. Sorcha never believed Gran’s stories, until one of the creatures walked into a bar where she was singing and stole a year of her life. So when Elada Brightsword, the right hand of South Boston’s renegade Fae patriarch, interrupts her set at the Black Rose, Sorcha knows trouble has found her…again.

The Fae warrior has admired Sorcha from afar for months, but he’s aware of her unhappy history with the Fae, and has been waiting for the right time to approach her. Unfortunately for Elada, time has just run out. An old enemy, the malign Prince Consort, has identified Sorcha as a Druid descendent with the potential to become a stone singer, a bard with a voice that can shatter the strongest magical constructs. He will stop at nothing to enslave Sorcha and use her voice to bring down the wall between worlds, freeing the decadent, deadly Fae Court to return—and rule again. 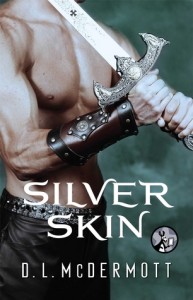 I did not walk into Stone Song with the same sense of anticipation as Silver Skin (reviewed here). Unlike the second book in the series, Stone Song is not set up ahead of time; Elada Brightsword’s romance with Sorcha Kavanagh isn’t hinted at previously, so as a romance, it’s a bit out of the blue.

On the other hand, Elada’s search for Sorcha and people like her is part of the overall story arc. The sorcerer Miach is hunting for people who might be unknown Druids, and is hoping to get to them before the evil fae Prince Consort kidnaps them.

Sorcha has run afoul of the fae before; one stole an entire year of her life, using and abusing her body and her talent into the bargain. She found her power by killing him for it. Sorcha, a singer of the old Celtic ballads, has the ability to disable or even kill fae with the power of her voice.

Miach isn’t sure whether he can get her on the “good” side, or whether she will have to be killed to keep her untrained power out of the Prince Consort’s hands. Elada has been coming to her shows for weeks, and became fascinated with her, not just her voice, before the sorcerer sent him to find her.

There is a hint that Elada should use any means possible to bring her to their side, and if he gets to enjoy seducing her, then it is worth any price to earn her cooperation. But Elada wants her trust, and for himself.

Sorcha has learned to her cost that the fae are not trustworthy. It’s only after she discovers that the dangers of the Prince Consort that Elada warned her about are all too real, that she is willing to see if Elada and Miach can be on the same side as her Druid self.

Only at the end of all the betrayals and counter-betrayals can Elada and Sorcha find out if the bond they have forged in the midst of constant danger will hold.

Escape Rating B: I enjoyed Stone Song, but more for the way it moved the overall story arc forward than for the romance between Elada and Sorcha. We learn a lot about the events in the past that brought Miach and Elada to their conflict with the Prince Consort, and why every fae in this world seems to have a grudge against nearly everyone else. The Prince Consort does an excellent job of playing the different fae off against each other, to his own benefit.

The problem with living forever is that grudges truly are eternal, and no one seems to ever forget a slight. Also, the old fae like Miach are used to being in control, and don’t seem to handle things well when the younger generations go against their wishes.

Also, these are the fae, and very tricksy. It’s not that Miach and his side are precisely good, just that their self-interest makes them less bad from our human perspective. What’s fascinating is just how quickly the heroines forgive them. 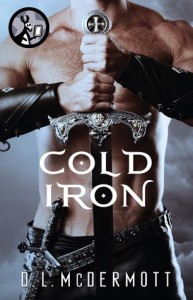 While I liked Sorcha, she represented a return to the heroine as former victim, a theme prevalent in the first book, Cold Iron (reviewed at The Book Pushers). Although the heroine of Silver Skin, Helene, is the only one so far who is not a budding Druid, she’s also the only one who hasn’t let herself be victimized.

But I still want to read the next book in this series as soon as it comes out. I think (I hope) its going to be a long war between our fae and the Prince Consort.