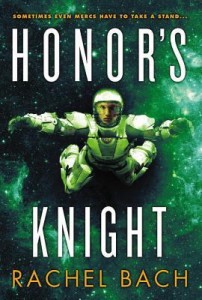 Devi Morris has a lot of problems. And not the fun, easy-to-shoot kind either.

After a mysterious attack left her short several memories and one partner, she’s determined to keep her head down, do her job, and get on with her life. But even though Devi’s not actually looking for it — trouble keeps finding her. She sees things no one else can, the black stain on her hands is growing, and she is entangled with the cook she’s supposed to hate.

But when a deadly crisis exposes far more of the truth than she bargained for, Devi discovers there’s worse fates than being shot, and sometimes the only people you can trust are the ones who want you dead.

The Paradox series is all about secrets. Bigger and badder secrets, and more and more desperate means of preserving them.

And although Mr. Spock famously said that “the needs of the many outweigh the needs of the few, or of the one”, the big secrets in the Paradox series are wrapped around the questions of “who decides” which needs are which.

At the end of Fortune’s Pawn (reviewed here), Devi Morris had her memories altered because some of the powers that be decided that she knew things about the way the world worked that were way too dangerous to be let out of the bag.

Just because Devi’s memories of certain events were wiped did not mean that several other people/entities were not aware that she was a participant in those events. Too many people and factions either want what she knows, or want to kill her to keep that knowledge secret.

Memory rearrangement is not perfect, especially when part of the wipe is an attempt to make someone forget the love of their life. Those kinds of memories are too integrated into too many senses and emotions, and are triggered too easily.

Also, part of the purpose of the memory wipe is so that Devi will continue to be used by those same powers that be. If there is one thing that Devi Morris will not let continue, it is being kept in the dark and used.

She needs all the information she can grab just to survive.

None of the self-described “good guys” in this story actually are good. They all believe that they have chosen the lesser of evils, in order to protect the general population. But the evil that they have chosen is to sacrifice young women with the ability to manipulate the element plasmex, enslaving them to an insane woman so that they can plug a leak between the universes.

It works, sort of, but after 70 years of fighting, an endless number of these young women have been forced into mindless slavery, and murdered when they themselves go insane.

And that crack between the universes, well, what’s that all about? An opening has let “phantoms’ into our side, beings that destabilize whole planets. But what are the phantoms? Why are they doing it? What do they want?

No one knows. No one has even tried to know. The sentient races just keep destroying them, and chewing up young women in the process.

There has to be a better way, but no one seems to be interested in finding it. Until Devi gets involved. Devi’s been infected with a virus that can kill all the phantoms. The problem for Devi is that it can kill all of everything, including her, unless she gets it under control.

Half the universe wants to control her, and the other half wants to kill her on sight.

Little does she know, the situation is only going to get worse.

Escape Rating A: While part of me wants to say “Romeo and Juliet on steriods” as a description of the love story part, that isn’t strictly true. It’s more like “Beauty and the Beast”, although both Devi and Rupert would describe themselves as the beast, and the other as the beauty. There are multiple forbidden aspects to their romance, not the least of which if either of them loses control, they can unknowingly kill the other.

The problem with that, is that in order to fall in love, a person does need to lose some control. Both Devi and Rupert are capable of being living weapons if they let that happen. Talk about frustration!

This series, as a whole, is Devi’s search for the truth, a truth that everyone wants to keep from her, and that many want to kill to keep in general. On the other hand, Devi is pretty deadly herself.

Devi sees firsthand the destruction that can be wrought by the plasmex phantoms. However, she has also seen firsthand the deterioration and destruction caused by the “good guys” kidnapping and forcing into mental slavery the girls who are holding back the tide. Devi is certain that if people in general knew about the girls, the “daughters of Maat”, they would move entire planets, or at least entire planets’ worth of money, into researching a better solution.

But there are too many interests vested in keeping things the way they are, and not all of them are human.

The virus that Devi was accidentally infected with is one such possible solution, although one with a massively deadly side effect. A lot of the story is Devi on the run, trying to find the best way to use what she has, before it kills her. 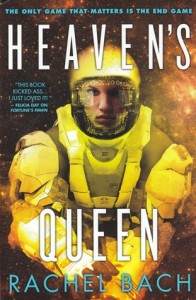 One of the terrific things about Devi as a character, is that no matter how many times someone manages to capture her, she never gives in to victimhood, and she never waits for rescue. She’s a merc and it’s her job to rescue herself.