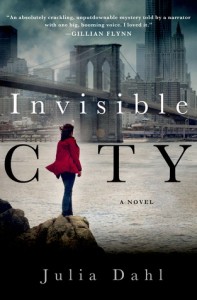 Just months after Rebekah Roberts was born, her mother, an Hasidic Jew from Brooklyn, abandoned her Christian boyfriend and newborn baby to return to her religion. Neither Rebekah nor her father have heard from her since. Now a recent college graduate, Rebekah has moved to New York City to follow her dream of becoming a big-city reporter. But she’s also drawn to the idea of being closer to her mother, who might still be living in the Hasidic community in Brooklyn.

Then Rebekah is called to cover the story of a murdered Hasidic woman. Rebekah’s shocked to learn that, because of the NYPD’s habit of kowtowing to the powerful ultra-Orthodox community, not only will the woman be buried without an autopsy, her killer may get away with murder. Rebekah can’t let the story end there. But getting to the truth won’t be easy—even as she immerses herself in the cloistered world where her mother grew up, it’s clear that she’s not welcome, and everyone she meets has a secret to keep from an outsider.

Invisible City is the story of a search for identity wrapped in a murder mystery and a police cover-up. Several cover-ups. But no matter how convoluted the plot gets, what we’re left with at the end is the same conclusion that the protagonist arrives at: this investigation provided Rebekah Roberts with the excuse she needed to help her find her mother.

Both find as in locate, and find as in understand. Rebekah is aware, at least in fits and starts, that her mother is the real issue, but she loses herself in solving the case, sometimes deliberately so.

It is a fascinating case, after all. A woman is found dead in a construction crane. She’s naked and her head has been shaved. There is no reasonable way that this is not a very questionable death. But no questions are asked. The woman is a member of the ultra-Orthodox Jewish community in the Borough Park neighborhood of New York City, and the community has its own rules about investigating crime among their members, and more than enough political clout with the city to be permitted to go their own way.

The body is whisked away, and not by the coroner. Rebekah Roberts, a low-paid stringer for the tabloid New York Tribune, sees it all and can’t figure out why there isn’t going to be an autopsy. But she’s fascinated, because the dead woman is a member of the same community that Rebekah’s mother briefly escaped from, and then went back to, leaving 6-month old Rebekah in the custody of her Christian father in Florida.

But Rebekah is technically Jewish, and everyone in Borough Park seems to see her that way, especially NYPD detective Saul Katz, who serves as the police liaison to the community. Saul knew her mother; and has kept in touch with her father. He becomes her entrée into the closed community to which she might have belonged, if life had been very different.

Saul has his own reasons for wanting to make sure that this case is fully investigated. He makes sure she gets enough information to keep her newspaper interested. “Crane Lady” generates plenty of column inches in the Trib while their covert investigation continues.

At first, it looks like an investigation into the rich and powerful. It becomes a voyage of discovery, as Rebekah peeks into a community that polices and especially cares for its own, but isn’t readily able to admit outsiders when situations go beyond their skill at healing.

Rebekah’s lost heritage, at first her entrée into this closed world, almost becomes her undoing.

Escape Rating A-: In any mystery, it’s usually the secrets that people keep from the world that finally lead to their guilt. In this case, there are more secrets than the usual. The entire ultra-Orthodox community operates as one giant secret.

A part of the narrative about the community, the way that they care for each other and eschew the modern world as much as possible, reminds the reader a bit of how us “English” view the Amish, at least in popular fiction.

The difference being that Amish communities tend to be rural or small-town (Lancaster, PA is the popular example) but this ultra-Orthodox community is set in the heart of New York City, yet is still permitted to operate as if it were on an island of its own. Living according to their own laws is bound to cause friction with the wider community, unless there is a powerful incentive to leave them alone.

Rebekah is outwardly looking for a killer, but really searching for her mother, Aviva. Aviva started questioning the Hasidic way of life, and temporarily flirted with joining the greater world. A flirtation that resulted in Rebekah.

Rebekah’s search for identity makes a compelling underpinning to this mystery. Her delving into the way that the community works (and doesn’t work) provide a fascinating glimpse into this “city within a city”.

Rebekah is ultimately a very flawed heroine, someone who is not merely very young, but in completely over her head, while so engrossed in the thrill of the chase that she doesn’t see the dangers around her.

I’ll be very curious to see if the author can extend Rebekah’s story into more cases.