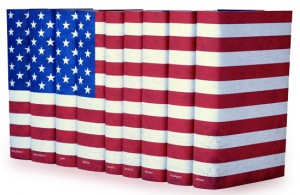 I’m borrowing Marlene’s blog today to celebrate the 238th anniversary of U.S. independence. How to celebrate? We’ll be grilling steaks and corn on the cob, but we’ll also be reading. Here’s a list of books and essays I’ve read the touch on the complicated matter of American independence.

The Outlander series by Diana Gabaldon.  This is one suggested by Marlene; during the course of the series, our time-traveling couple ends up living in the American colonies in the years leading up to the American Revolution.  Of course, Claire knows how the revolution ends, but what she and Jaime don’t know is what happens in the specific area where they live — which makes picking a side difficult. 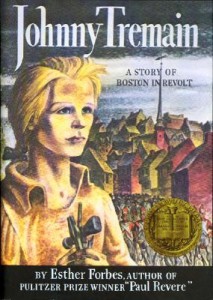 Johnny Tremain by Esther Forbes.  A classic from 1944 and winner of the Newberry Award. It’s been a long time since I read it, but I think my love of historical fiction may have started with this one.

The musical 1776. Of course, it deviates from the true history of the signing of the Declaration of Independence, but it’s a great deal of fun while presenting a serious event in our history.  The song “Mama Look Sharp” still gives me chills.

Carry On, Mr. Bowditch by Jean Lee Latham.  Another Newberry winner, in 1956.  The period after the American Revolution was such an energetic time — folks working, for better and worse, to spread out and to extend knowledge. 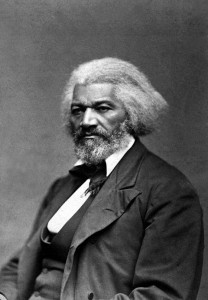 What to the Slave is the Fourth of July? by Frederick Douglass.  The independence announced in 1776 was not for everybody; we are still fighting for the full freedom of every last personal who lives on U.S. soil.  Some fought with words.

Personal Memoirs of U.S Grant.  And some fought with arms.  Grant is a fascinating figure in history, and knows how to wield a pen.

The Case for Reparations by Ta-Nehisi Coates (an essay in the Atlantic).  I did not say that this was going to be an easy reading list, but I think it is a necessary one.  I have been reading Coates for years, and it’s becoming more and more clear that he will be remembered as one of the foremost public intellectuals of this century. 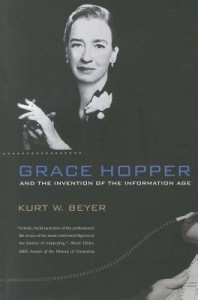 Grace Hopper and the Invention of the Information Age by Kurt W. Beyer. The call to arms after Pearl Harbor was not answered just by men destined for the front lines, but by people of every sort in every place.  Grace Hopper served in the Navy at Harvard as part of a team working with the Mark I computer to perform various calculations, including a simulation used by the Manhattan project.  She was one of the pioneers in computer science, contributing important papers, developing the COBOL language, and inspiring many.  She retired from the Navy Reserves as a rear admiral.

What is Free Software? by Richard Stallman and the Free Software Foundation. There are many types of freedom; one area of freedom that I have a professional interest in is free, libre, or open source software.  Free software is a way of working in the open — if software makes up many of the tools that we rely on in this modern age, having those tools be available for all to use and improve on can help with other kinds of freedom: think of dissidents who rely on free cryptography software to protect themselves.

The Library Bill of Rights by the American Library Association.  This touches on another area of professional interest to me.  The freedom to read and to learn is essential for securing other types of freedoms; there was a reason why many slave-holding states had laws forbidding teaching slaves how to read and write.

I hope you enjoy this list.  What books and other works do you have on your fourth of July reading list? 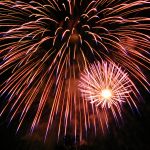 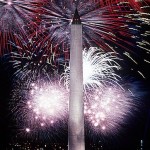