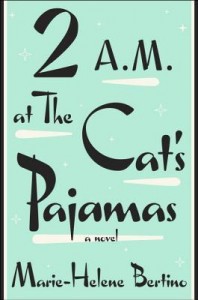 Madeleine Altimari is a smart-mouthed, rebellious nine-year-old who also happens to be an aspiring jazz singer. Still mourning the recent death of her mother, and caring for her grief-stricken father, she doesn’t realize that on the eve of Christmas Eve she is about to have the most extraordinary day—and night—of her life. After bravely facing down mean-spirited classmates and rejection at school, Madeleine doggedly searches for Philadelphia’s legendary jazz club The Cat’s Pajamas, where she’s determined to make her on-stage debut. On the same day, her fifth grade teacher Sarina Greene, who’s just moved back to Philly after a divorce, is nervously looking forward to a dinner party that will reunite her with an old high school crush, afraid to hope that sparks might fly again. And across town at The Cat’s Pajamas, club owner Lorca discovers that his beloved haunt may have to close forever, unless someone can find a way to quickly raise the $30,000 that would save it.

As these three lost souls search for love, music and hope on the snow-covered streets of Philadelphia, together they will discover life’s endless possibilities over the course of one magical night. A vivacious, charming and moving debut, 2 A.M. at The Cat’s Pajamas will capture your heart and have you laughing out loud.

2 A.M. at the Cat’s Pajamas contains an interesting trio of contemporary stories that feels like there’s a touch of magical realism or fantasy mixed in with some very gritty problems. It’s also possible that it contains just a bit of Christmas magic, taking place as it does just a day before Christmas Eve.

In this story, Christmas Eve Eve becomes a special day with a magic all of its own.

Three stories, all centered around a jazz club that used to be absolutely legendary. But The Cat’s Pajamas has fallen on hard times, as has its owner. While it used to be the best club in Philly, now its just hours away from being closed due to multiple violations of the city code.

Not the health code, but much more damning things. The house band is living in the club, and it definitely isn’t zoned that way. One guy has made his bedroom in the old walk-in freezer. That gave me the shivers on a hot August day.

All the band members, and the owner, are just one drink, or fix, or code violation, from living on the streets. There’s been way too much bad luck to go around.

The club’s other problems are that they can’t manage to shut themselves down at 2 am, and they can’t seem to keep underage musicians from trying out with the band. Including Tony Lorca, the owner’s son.

Lorca Sr. wants a better life for his kid than chasing music and bars to play in. But Tony is already on the slippery slope to addiction, and only music has a chance of saving him.

Sarina Greene finds herself at the Cat’s Pajamas with the one man she never got over, on a magical night that is almost, but not quite, a date. Because he’s still married to someone else.

Last and most important, Madeleine Altimari doesn’t merely want, she actually needs to become a jazz singer. A great jazz singer. It is her only real escape from her mother’s death, her father’s all-encompassing depression, and her need to follow the box of instructions for life that her mother left her.

And she knows that she can make her debut at The Cat’s Pajamas.

There’s one little problem. Madeleine and her very big and marvelous voice, is only 9 years old. She needs a little magic, and a whole lot of sneaking around to make her splash. And help The Cat’s Pajamas’ go out with a really big jazz bang.

Escape Rating B: This is a story that takes a while for its disparate threads to come together. Madeleine grabs the reader’s heart from the very beginning, she is loud, brash, foul-mouthed and very smart in some ways, while completely naive in others. The more her father sinks into despair, the further out Madeleine gets in bravado. She’s covering up just how bad things are, because she knows they can always get worse. A hard lesson for a nine-year old. Her aggressiveness is all defense, and everyone knows it but Madeleine herself.

Her voice is very real magic. Not just because it’s big and utterly fantastic, but because magical things happen when she sings. Her ambition is quite real, even though the effects tip into fantasy.

Sabrina Greene’s story is easy to sympathise with. The man she has loved since high school really does love her back. But he keeps following bad instincts or terrible advice and never manages to tell her how he feels. They’ve been dancing towards each other for years, but never quite get there. It’s sad but so, so real.

Lorca’s story is the one that doesn’t quite gel. The situation with The Cat’s Pajamas has been steadily trending downhill for years, but we don’t get quite enough of Lorca’s perspective, or the sad decline of the “boys in the band” to really understand how he got into the fix he’s in.

But Madeleine’s story carries the book. She schemes, she connives, she stalks people in order to make her dream come true. And when it does, she gives everyone just a bit of magic.

Marie-Helene is generously giving away a hardcover copy of 2 A.M. at the Cat’s Pajamas to one lucky winner. 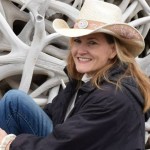 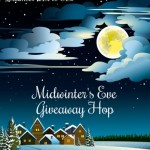 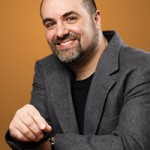 8 thoughts on “Review: 2 A.M. at The Cat’s Pajamas by Marie-Helene Bertino + Giveaway”