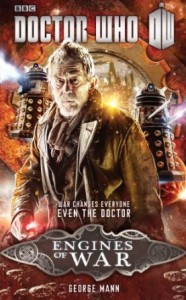 “The death of billions is as nothing to us Doctor, if it helps defeat the Daleks.”

The Great Time War has raged for centuries, ravaging the universe. Scores of human colony planets are now overrun by Dalek occupation forces. A weary, angry Doctor leads a flotilla of Battle TARDISes against the Dalek stronghold but in the midst of the carnage, the Doctor’s TARDIS crashes to a planet below: Moldox.

As the Doctor is trapped in an apocalyptic landscape, Dalek patrols roam amongst the wreckage, rounding up the remaining civilians. But why haven’t the Daleks simply killed the humans?

Searching for answers the Doctor meets ‘Cinder’, a young Dalek hunter. Their struggles to discover the Dalek plan take them from the ruins of Moldox to the halls of Gallifrey, and set in motion a chain of events that will change everything. And everyone.

An epic novel of the Great Time War featuring the War Doctor as played by John Hurt. 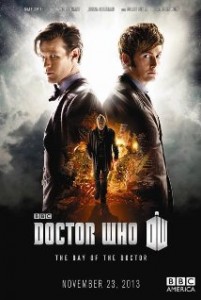 After watching the new Doctor’s first episode, I simply couldn’t resist reading this War Doctor adventure. Of course, now I want to go back and watch The Night of the Doctor and The Day of the Doctor, just to put everything into its proper context.

And besides, those stories were just plain fun, and so is this one.

Engines of War takes place late in the War Doctor’s time period, probably not long before (possibly JUST before) the events in The Day of the Doctor.

Those “engines of war” have been in development for centuries, and the Doctor has reached the point where this regeneration looks pretty darn worn out, but still with that spark of humor that we saw in Day of the Doctor.

Engines of War seems to be the point where the Doctor cries “a plague on both your houses” at both the Daleks and his own people, the Time Lords. Because the events in this story show him that the war has made the two opposing forces in equally degenerative and destructive forces. The war has made the Time Lords into a race that has used the weapons and methods of the Daleks in their attempt to defeat them.

Pogo was right, “we have met the enemy and he is us”.

As with so many Doctor Who stories, we see the action through the Doctor’s Companion. Cinder is human, but from a far future where humanity has colonized the stars. Her planet was once a great civilization, but the war has reduced the population to slaves, victims and guerrilla warriors just barely keeping one step ahead of their oppressors.

The Daleks are using the place for experimental research on yet more ways they can create Daleks, including Daleks with time-erasure weapons. Their victims not only cease to exist, they cease to have ever existed.

The new Dalek master plan is to use the power of time reversal on the Time Lords. Until the Doctor crash lands on the battle-heap that was Moldox, and falls in with one plucky warrior just about at the end of her line.

But it isn’t the Dalek’s destruction of her planet that moves the Doctor beyond his ability to make excuses for his people’s behavior, it is the way that the Time Lords abuse Cinder herself that bring him to the brink of despair and disaster.

Escape Rating A-: In the episode The End of Time, the Time Lords attempt to come back, and the Doctor stops them at the cost of his regeneration. In Engines of War, we get a pretty good idea of why the Doctor is willing to keep them out at all costs. It’s said that if you use the methods of your enemy to defeat them, you are already lost. The Time Lord Council had gone way too far down that road for the Doctor to want them back. 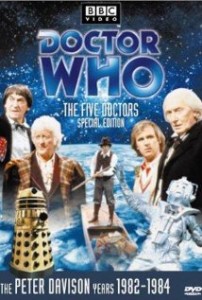 If you are a fan of both the classic and the new adventures of the Doctor, this story is a special treat. It not only bridges a bit of the gap between The Night of the Doctor minisode and The Day of the Doctor, but it also gives us a glimpse into the rot in the Time Lords that leads the Doctor to even think of using “The Moment”. And as an added treat, the story takes us back to the Death Zone, the scene of The Five Doctors. We see more of Gallifrey than we ever have before, and it’s plenty ugly.

But it makes a terrific adventure.

One thought on “Review: Doctor Who: Engines of War by George Mann”