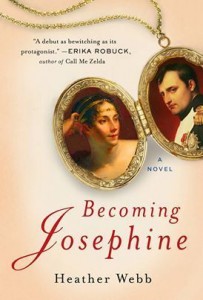 Rose Tascher sails from her Martinique plantation to Paris to trade her Creole black magic culture for love and adventure. She arrives exultant to follow her dreams of attending Court with Alexandre, her elegant aristocrat and soldier husband. But Alexandre dashes her hopes and abandons her amid the tumult of the French Revolution. 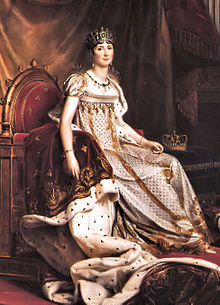 In history, she’s the one we think of first when we hear the name Josephine. Her full name was Marie Josephe Rose Tascher de La Pagerie de Beauharnais. History refers to her as the Empress Josephine, wife of Napoleon Bonaparte.

Napoleon is the one who named her Josephine; until they met, she referred to herself as Rose. He attempted to remake her just as he tried to remake France after the Revolution and the Terror. It is possible that he was more successful with France.

Rose/Josephine’s early life makes a great novel all by itself, even before Napoleon appears on the scene.

She was a planter’s daughter in Martinique. Her family owned a sugar plantation. Even though this made her a member of the upper crust of Martinique society, the plantation was in debt and money was tight. Her parents sent her to France to marry a rich relative, in the hopes that her husband would then save the family’s finances.

Instead, the man she married turned out to be a bigger spender than her family (and with less excuse) and eventually lost his inheritance and forced his own parents into debt. He temporarily rose with the Revolution, and then suffered an ignominious (and ultimately fatal) fall among the insanity and excesses of the Terror.

He fell under the guillotine. Rose survived several months imprisonment, but her health was broken. After her release and recovery, she met Napoleon. And the rest, as they say, is history.

But instead of a barebones historical account, the author has presented us with a livelier, and often more heartbreaking, story from Rose’s point of view. It’s her story of how she went through the first three decades of her life as Rose, and then turned herself into, or was transformed into, Napoleon’s Empress Josephine.

Ultimately we see Rose as a survivor. She’s always done the best that she can to save her family, her own children, and herself. She is a woman often alone in an age where women were financially dependent on men. So she often uses the men around her to keep herself and her children fed, clothed and housed, and ultimately to secure a future for them.

After her first bitter (and melodramatic) disappointment with her first husband, Rose doesn’t look for love. She looks for security from her many affairs, but seldom finds much. She becomes Napoleon’s Josephine initially for security. He is a boor, but he falls head over heels for her (his correspondence bears this out).

Her tragedy is that she falls for him after he has discovered that she is using him. Their relationship never recovers, and it seems that neither do they.

Escape Rating A-: We see the entire story through Rose/Josephine’s eyes. She shares her inner thoughts on her life as she lives it, and her reasons and choices. It is as if she is telling her story to the reader personally, and we live it vicariously through her eyes.

It can be difficult to make a known historical character sympathetic, especially when history has already formed its opinion.

I’ll confess to wondering at points where Rose’s descriptions of her own behavior, particularly when she is being self-sacrificing, did not make her slightly more beneficent than she was in real life. But then, when we tell stories on ourselves, we often emphasize the good we have done, and discount the self-serving.

(Rose’s stories about life under the Terror reminded me a bit of The Spymistress. Different war, but same concept, a woman living under an occupation trying to do the best she can for the prisoners of that war.)

Because this is Rose/Josephine’s personal story, we see how she treats other people, and how they treated her, through her eyes. Sometimes she is soap opera melodramatic. Sometimes she is petty and even cruel, or at least thinks those thoughts.

At the end, what we feel is how very human she was. She steps from the pages of history and comes alive.