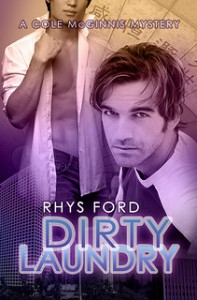 For ex-cop turned private investigator Cole McGinnis, each day brings a new challenge. Too bad most of them involve pain and death. Claudia, his office manager and surrogate mother, is still recovering from a gunshot, and Cole’s closeted boyfriend, Kim Jae-Min, suddenly finds his teenaged sister dumped in his lap. Meanwhile, Cole has his own sibling problems—most notably, a mysterious half brother from Japan whom his older brother, Mike, is determined they welcome with open arms.

As if his own personal dramas weren’t enough, Cole is approached by Madame Sun, a fortune-teller whose clients have been dying at an alarming rate. Convinced someone is after her customers, she wants the matter investigated, but the police think she’s imagining things. Hoping to put Sun’s mind at ease, Cole takes the case and finds himself plunged into a Gordian knot of lies and betrayal where no one is who they are supposed to be and Death seems to be the only card in Madame Sun’s deck.

I love Neko. I would say that I want to have an evil little world dominator cat just like her, but I already do. LaZorra and Neko are definitely members of the same species. The author has captured that feline ability to look winsome while plotting their human’s downfall and wrapping their slave around their little paws so very well.

Even better, all the side-characters in the Cole McGinnis series are drawn every bit as well as Neko. They just aren’t all quite as cute.

Like the other books in this series so far, the title Dirty Laundry reflects both the case that Cole has to solve and the dramas that are going on in his own life and that of his sometimes partner Jae-Min.

The case is about two fortunetellers in the Korean community. One is a little old lady who thinks that someone is out to get her clients. Either that, or the poor woman has some seriously bad karma. Three of her clients either dropped dead or were killed right after their appointments with her. She’s worried because she didn’t tell any of them that she saw darkness in their futures.

Her rival fortune teller is an old man who manages to embody every single gay stereotype known to man, including keeping an obvious twink as his receptionist. But the receptionist knows the truth; the old man is only pretending to be gay, so that he appears safe to all the women (and their protective husbands) who come to him to have their fortunes told. In reality, he’s sleeping with way too many of his younger female clients, and has been for far too long.

Something that comes back to serious bite him in the ass, but not until after it has shot its way through the community.

This story is all about family; the family you’re born to, the family you make, and the family that creeps out from under the carpet years after you thought everything was settled.

Jae-Min’s sister runs away from their crazy mother. While staying with Jae-Min, she is introduced to the truth about her brother. Unfortunately, the way she gets introduced is by Cole sneaking up behind her thinking she’s Jae-Min. Cole’s mistake nearly costs him the love of his life.

Meanwhile, Cole discovers that his family tree has a few secrets of its own. He’s always thought his mother died giving birth to him. That would be too easy for his life. Instead, he discovers that he and Mike have a younger half brother who is fully Japanese, unlike either of their two half-Irish selves.

Cole’s mother ran back to Japan, and had another family. His half-brother Ichiro is now an adult and wants to meet the two men who are his family. Cole is not ready to have another brother, and he’s especially not ready to accept that his mother abandoned him with his abusive father; no matter what her excuse might have been.

And last but definitely not least, Cole is still dealing with his guilt over the near-fatal shooting of his adoptive mother and office manager Claudia. She stopped a bullet that was meant for Cole. He can’t deal with her illness, and he definitely can’t deal with her absence. But Claudia is a force of nature that absolutely will not be stopped from doing what she wants, including coming back to work and taking care of Cole. As far as Claudia is concerned, she may have given birth to 8 sons, but she has 9, and Cole needs her.

Neko just manipulates everyone and everything to maintain her place as the center of it all.

Escape Rating A-: I love the extended family that continues to wrap itself around Cole and his cases. I haven’t mentioned his best friend Bobby Dawson for a while, but Bobby has a big part to play in this story in keeping Cole among the living and sober while Jae-Min is dealing with the problems that his sister’s discovery have dragged into his life.

Jae-Min’s culture, and his guilt complex, tell him that he should give Cole up. But Cole is the only person who has ever made him happy, and he just can’t. But the difficulties tear him apart, and often look like they are going to tear Cole and Jae-Min apart too.

I really liked the way that the case that Cole is investigating parallelled his real-life problems. It’s all about family. Cole and Jae-Min are both incapable of completely abandoning theirs, no matter what they do. They get hurt again and again because of their parents. At the same time, they are trying to move forward in their lives. Cole often refuses to acknowledge how much pain he is in, while Jae-Min acts like he doesn’t feel he deserves happiness.

The way that Claudia’s family rallies around both her and Cole serves as a counterpoint to all the various families in this story that abandon and neglect each other. Cole (and this series, are lucky to have her at its heart.