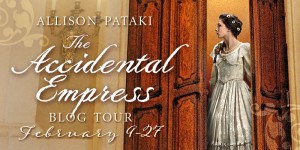 Years ago, I was traveling through Austria and Hungary and the Czech Republic with my family. I am Hungarian-American by descent; Pataki is an odd-sounding and, yes, Hungarian last name. The purpose of the family trip was to visit the places from where our relatives had emigrated, almost a century earlier. This took us, then, to the lands of the former Habsburg Empire—the former realm once labeled on maps as Austria-Hungary.

While on this trip, I kept seeing striking images of the same beautiful young woman. She had this quizzical smile, this rich chestnut hair curled in these elaborate hairdos. I saw her face at every gift shop, museum, even in restaurants and hotels. 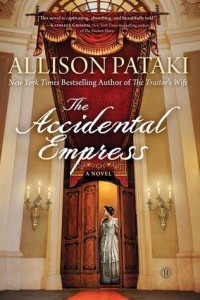 I asked someone who she was and the response was that she was “Sisi,” the most beloved of all Habsburg Empresses. I heard just a bit about Sisi’s epic and tragic life—about the legends that she grew her hair to the floor, that she was considered the most beautiful woman in the world, that every other foreign ruler at the time was in love with her. I sensed that she was a combination of Princess Diana and Marie Antoinette and Catherine the Great and so much more.

I read about how Sisi didn’t mean to seduce her sister’s fiancé the emperor, but did, at the age of 15. Just enough to whet my appetite! I went home and dug in, reading everything I could about Sisi’s story; what I found astounded me. Hers is a story of love triangles, love, lust, betrayal, and so much more. It’s an incredibly human story, told against a glittering and beautiful—yet dangerous and duplicitous—backdrop.

Sisi presided over the golden era of the Habsburg Court, in an age that gave us advances in culture and the arts and architecture, as well as advances in science and politics. Her family gave us the castle that we all know of as “The Walt Disney Castle.” Her family gave us the waltz and Wagner’s Ring Cycle and Klimt’s paintings. Sisi ruled at the time that a young Doctor named Sigmund Freud was just down the street in Vienna inventing the practice of psychoanalysis. And this reign of Sisi and Franz Joseph takes us right up to the doorstep of World War I. Her heir was the man who was assassinated (Archduke Franz Ferdinand), prompting her husband to declare war and setting off World War I, the greatest armed conflict the world had known to that point.

In Sisi’s case, history is even juicier than any fiction I could have dreamed up. I was hooked—and I hope readers will be, as well. 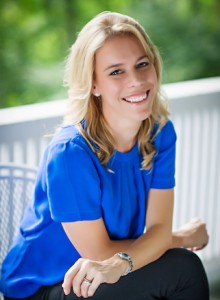 A lover of history, Allison was inspired to write The Accidental Empress by her family’s deep roots in the former Habsburg empire of Austria-Hungary. Allison is the co-founder of the nonprofit organization, ReConnect Hungary. She is a regular contributor to The Huffington Post and FoxNews.com, and is a member of The Historical Novel Society. Allison lives in Chicago with her husband.

Thanks to Allison Pataki and Simon & Schuster, one lucky winner will receive a $120 gift card to the ebook retailer of their choice (Amazon/B&N/iTunes)! Please enter via the Rafflecopter form. Giveaway is open internationally.

For more chances to win, please visit the other stops on the tour.