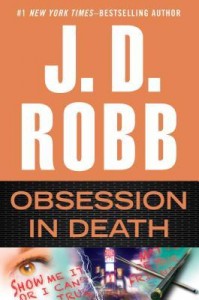 Eve Dallas has solved a lot of high-profile murders for the NYPSD and gotten a lot of media. She—and her billionaire husband—are getting accustomed to being objects of attention, of gossip, of speculation.

But now Eve has become the object of one person’s obsession. Someone who finds her extraordinary, and thinks about her every hour of every day. Who believes the two of them have a special relationship. Who would kill for her—again and again…

With a murderer reading meanings into her every move, handling this case will be a delicate—and dangerous—psychological dance. And Eve knows that underneath the worship and admiration, a terrible threat lies in wait. Because the beautiful lieutenant is not at all grateful for these bloody offerings from her “true and loyal friend.” And in time, idols always fall…

The case that begins when Eve starts receiving dead bodies as presents from an unknown admirer is one of the best books in this series in a long time. It is a particularly marvelous story for long-term fans, as the case forces Eve to look back at all the people she has let into her life, both her friends and her enemies. The case gives her a chance to reflect on the woman she might have been, which adds extra chills and thrills to a fascinating and deadly case of hero worship, without taking too long a trip to the angst factory.

It’s not the first crime scene that chills Eve down to her boots, it’s the note that the murderer left on the scene, labeling the victim as an enemy of Eve’s struck down by her “true and loyal friend”. Anyone who really knows Eve would know that she wouldn’t want a dead body as a present. Eve stands for the dead, bringing justice to those who have been murdered. While she has killed in the line of duty and for self-preservation, she wouldn’t want someone else doing it for her, even if the victim deserved it.

Which this one didn’t. She wasn’t even a real enemy, just a high-priced defense attorney who did an excellent job for her clients, even if those clients were wealthy scumbags. She and Eve had faced off on a couple of cases, and while the attorney scored points in the media, Eve mostly won. Even if she had lost, Eve wouldn’t consider an enemy someone who was doing their job the way it was supposed to be done.

But the mash note at the scene is a sign that the killer, no matter how organized they were in committing the crime, is actually emotionally deranged. (Think of the guy who attempted to assassinate President Ronald Reagan in order to “impress” actress Jodie Foster for a real life example.)

As the bodies left for Eve start to pile up, Eve and Dr. Mira work on a profile of the killer. Eve and several experts comb through all the “fan mail” that Eve has received over the years, looking for patterns and repeat correspondents.. Some of it is sweet, some of it is sexual, and a few bits are just plain sick. It turns out that there are quite a few people out there who think Eve would be their best friend ever (or more) if they just arranged to meet.

But some of the strange ones are sure that if Eve just got rid of all the people in the way, her best friend could finally get close to her. While Eve wants the killer to turn their attention from people who have crossed her over the years to Eve herself, Eve isn’t emotionally prepared to think about all the people in her life that she cares about who might become the killer’s next target.

As bad as Eve thinks it can get, and as much as she hates putting the lives of the people she loves and works with in danger, even Eve can’t quite manage to think her way into the mind of a killer who doesn’t care how big a body count she racks up in order to make Eve pay for not being the best bud that the killer thinks she should be.

When the killer drops Eve off that pedestal they’ve created, the killer wants to make sure that Eve goes out with as much collateral damage as possible when she crashes.

Escape Rating A-: I really enjoyed this one, and it was back on track as a mystery in a way that the last few books have not been, but it is definitely a story for long-time fans of the series. The killer’s motivations force Eve to take a look down memory lane at all the people who are now a part of her life, and that trip has much more resonance for people who have followed the series.

At the same time, the killer’s motivations, while chilling and made more personal if you know Eve, still track as something that makes (admittedly bad and deranged) sense. There have been real-life examples of people who kill or attempt to kill to gain the attention of some media star who they only think they have a relationship with. That Eve, in the context of her high-profile cases and her marriage to Roarke, would attract exactly this type of psychotic admirer is all too believable, which is what makes this story work so well.

Eve has a case to solve that touches on her personally and makes her feel just a bit guilty. Not that she has or hasn’t done anything to the killer, but that people are dying because of her and she can’t find who is doing it fast enough. She is putting the lives of the people she loves, and even those she just likes, into danger. And as the noose begins to tighten around the killer, Eve is even more guilt-ridden as they figure out that the murderer must be someone within the police department circle, either a cop or a clerk or someone at the morgue or the forensics lab. It’s a face that Eve has seen before and didn’t pick out of the crowd. Now that person has picked her out instead.

For long-term fans of the series, this one is a return to the under-pressure case solving that has made the series so much fun, while at the same time giving us more peeks into Eve’s life and the changes she has made. And we get to visit all the members of Eve’s “family” and see how everyone is doing. 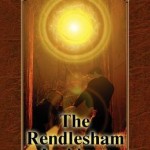 Review: The Case of the Cosmological Killer by Stephanie Osborn

Review: Wings in the Dark by Michael Murphy
Selecting the best romance ebooks of 2011