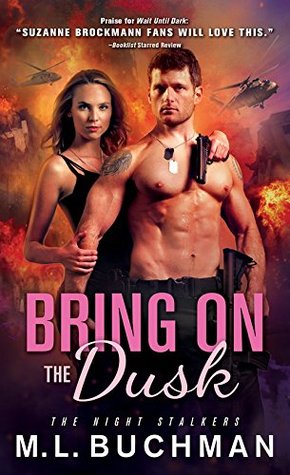 I’d like to welcome M.L. Buchman back to Reading Reality. He is the author of today’s marvelous review book, Bring on the Dusk, the latest in his terrific military romantic suspense series, The Night Stalkers. I think he and Jessica Scott are the two authors responsible for my love of military romance. In this guest post, M.L. talks about the importance of first meetings, as well as providing an excerpt of the first meeting between the two leads in Dusk. Not a meet cute, but a meeting under fire.

First meetings are so much fun! In the following scene from my newest romantic suspense novel BRING ON THE DUSK, my heroine Claudia has just picked up Delta Force operator Michael Gibson from the middle of an operation. To everyone else, Michael is the inscrutable super warrior, the very best there is. Yet from the first moment, Claudia understands him, his odd quirks, and even his little jokes.

What defenses can a soldier, no matter how experienced, have against that? As they fly away from the successful mission, Michael begins to discover that the answer to that question is “absolutely none!”

Michael registered many things about his pilot.

Female by her voice.

She flew well, with a smoothness that he liked, as if she knew exactly who she was and where she was going. It was a trait they looked for in Delta operators; only the very best had it. And no one but the very best made the Delta grade.

There was nothing to see. Flight suit, armor, and vest. Flight gloves, full helmet with projection visor, and even her lower face covered with a breathing mask and radio mike that let pilots breathe and be heard in even the dustiest and noisiest environments.

But he couldn’t stop glancing over.

He’d heard another female pilot was incoming into SOAR’s 5th Battalion, D Company, so this must be her. Making it into the 5D said she was already an exceptional pilot. She hadn’t harassed him about his tapping thing; just checked in with him and then moved on, which said she knew to trust a soldier’s self-assessment. For some reason, his tapping drove a lot of people nuts.

It wasn’t like the jittery leg that so many soldiers had, though that was trained out of Deltas. Actually, not all that many guys with those kinds of nerves made it into Delta to begin with.

The gentle tap, tap was how he let the adrenal rush of action run out of him. The gentle rhythm reminded him of climbing trees in his childhood when he’d been seeking somewhere no one else could go. It wasn’t escape; it was going higher and farther than anyone before him that charged him up.

Right now he shouldn’t be thinking about her, he should be assessing the team’s performance. What could they have done differently to capture all eight unfriendlies? How could they have anticipated the arrival at the camp of four Tier One targets or the presence of so much unexpected intel? If there’d been anything to gather in the other rooms, there simply hadn’t been time to look. They definitely should have had another bird in deep backup; pure luck they’d gotten this one. The entire camp had erupted in blazes of gunfire from the trainers, answered by the dragon roars from the hovering attack platforms responding with rockets and miniguns.

But that didn’t reorient the direction of his thoughts.

This pilot simply allowed him “to be,” which he appreciated. Even Emily Beale, as well as they’d gotten along, had never understood his little jokes. Or quite known what to make of him.

Not surprising, Michael. You’re not the most accessible dude in the Force.

That he knew for damn sure.

He liked this woman sight unseen.

He also knew that, which was surprising. 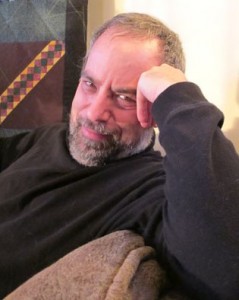 M. L. Buchman has over 25 novels in print. His military romantic suspense books have been named Barnes & Noble and NPR “Top 5 of the year” and Booklist “Top 10 of the Year.” In addition to romance, he also writes contemporaries, thrillers, and fantasy and science fiction.In among his career as a corporate project manager he has: rebuilt and single-handed a fifty-foot sailboat, both flown and jumped out of airplanes, designed and built two houses, and bicycled solo around the world.

He is now a full-time writer, living on the Oregon Coast with his beloved wife. He is constantly amazed at what you can do with a degree in Geophysics.

Michael and Sourcebooks Casablanca are giving away a romantic suspense prize pack, including a copy of Bring on the Dusk to one lucky winner!
a Rafflecopter giveaway