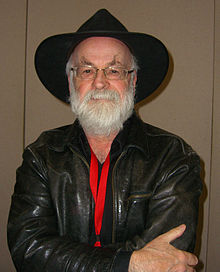 For anyone who hasn’t seen the news, this is the second week in a row where the science fiction and fantasy world has lost someone near and dear. On Thursday, Sir Terry Pratchett, author of the Discworld series, died of complications from early-onset Alzheimer’s disease. He was 66, which is much, much too young. He left behind a legacy of fascinating, bizarre and humorous views of our world, as told through the lens of his Discworld series. His last tweets tell a story of Death from the Discworld coming for him. And of course Death came for him personally, because in the Discworld, Death always comes in person to escort wizards to whatever is beyond.

Sir Terry Pratchett was a wizard.

Borrowed from the Library:
The Cutting Season by Attica Locke 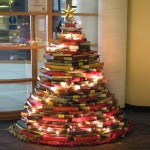 Under the Tree: Happy Chrismukkawanztice!