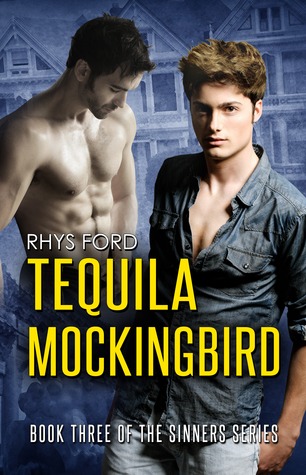 Lieutenant Connor Morgan of SFPD’s SWAT division wasn’t looking for love. Especially not in a man. His life plan didn’t include one Forest Ackerman, a brown-eyed, blond drummer who’s as sexy as he is trouble. His family depends on him to be like his father, a solid pillar of strength who’ll one day lead the Morgan clan.

No, Connor has everything worked out—a career in law enforcement, a nice house, and a family. Instead, he finds a murdered man while on a drug raid and loses his heart comforting the man’s adopted son. It wasn’t like he’d never thought about men — it’s just loving one doesn’t fit into his plans.

Forest Ackerman certainly doesn’t need to be lusting after a straight cop, even if Connor Morgan is everywhere he looks, especially after Frank’s death. He’s just talked himself out of lusting for the brawny cop when his coffee shop becomes a war zone and Connor Morgan steps in to save him.

Whoever killed his father seems intent on Forest joining him in the afterlife. As the killer moves closer to achieving his goal, Forest tangles with Connor Morgan and is left wondering what he’ll lose first—his life or his heart.

I’m really enjoying this series. I’m reading the back numbers so that when I get to Sloe Ride next month, I’m all caught up.

Caught up in all the fun, that is.

This series blends two rather disparate groups that go even better together than peanut butter and chocolate, even though at first blush (not to mention all the blushes later!) they shouldn’t.

The combination is of a “getting the band back together story” with an interconnected family romance – and the members of the band do not start out as members of the family, and half the band is dead. On the other hand, that solid family are all cops, so if someone is needed to investigate what went wrong, the detectives are right there.

But this series follows a pattern, and it’s a good one (with one minor quibble which we’ll get to later).

Sinner’s Gin is dead, to begin with. The only surviving member was Miki St. John, and when the book Sinner’s Gin begins (reviewed here) he’s still in recovery, both from grief and from the accident that killed all his friends. When someone starts trying to kill him, he winds up in the very protective arms of San Francisco Police Lieutenant Kane Morgan. And so it begins.

In Whiskey and Wry (reviewed here), we discover that one of the other members of Sinner’s Gin survived. Damien Mitchell is alive and not very well, locked in a sanitarium while guards and drugs try to convince him that he’s someone else, and that Sinner’s Gin is just a coma dream. Until someone tries to murder him, and he escapes to find Miki. He discovers Sionn Murphy, the killer nearly finds them both, and Damien finds Miki at a Murphy/Morgan Sunday dinner.

The other two members of Sinner’s Gin are not coming back from the grave. This isn’t that kind of story. Instead, Miki and Damien need a drummer and a bass player to get back on stage. Into that vacancy walks Forest Ackerman, a young drummer that they met in the way back, when Sinner’s Gin was still scratching their way up, and Forest’s adopted father owned a small recording studio. Their late drummer is the one who got Forest started on the drums. Now it’s his turn to take that achingly vacant place.

But not before an awful lot of shit goes down. Just like in the previous two books in the series, someone is trying to kill Forest, for reasons that are not initially clear. When the killer starts by murdering Forest’s dad, and tries to take out a bunch of cops in the process, Forest finds himself face to face (and body to body) with SFPD SWAT Lieutenant Connor Morgan.

As they grope towards each other, and their possible future, the killer continues his attempts to remove Forest from the land of the living. And while it is great that he keeps missing Forest, he does a lot of collateral damage while he tries to zero in on his target.

When he hits Miki and Damien in yet another attempt to take out Forest, he brings the wrath of all the Morgans down on his head.

Escape Rating B: I enjoyed this story a lot. I was on the long flight home from Spokane to Atlanta, and it made the trip fly by. Pun intended. Speaking of puns, I also loved the two plays on words involved in the book. Tequila Mockingbird is a fairly common mangling of the much more famous title, To Kill a Mockingbird. If this doesn’t make sense to you, just say the two titles out loud, one after another. The other bit of wordplay is in the name Forest Ackerman. Forest with one R is one of the protagonists of this story. Forrest Ackerman, with two Rs, is a famous “Golden Age” science fiction writer. Just having returned from Worldcon, which has an award named in Ackerman’s honor, the similarity was a bit hard for this reader to miss, whether it was intended or not..

One of the strengths of this series is the Morgan family dynamic. They are amazing, and being adopted by them would be awesome. It is a family that sticks together and in a good way. In spite of some ups and downs and stresses and tensions, they are something that you don’t often see in fiction, especially the families of the protagonists – the Morgan family is absolutely the opposite of dysfunctional. Not that the members of the family don’t have stuff to overcome, but whatever it is, it isn’t a result of parental abuse or divorce or anything else nasty within the family. Donal and Brigid love and support all of their children and whoever they drag in. And also, the author has made it abundantly clear that the spark between Donal and Brigid is alive and well, even though they’ve raised 8 children to adulthood.

Because the Morgan children mostly have their respective acts together, it stands to fictional reason that the people they bring home with them are particularly damaged, even though they are all very strong in their broken places. Forest is no exception.

His biological mother pimped him out until he was old enough and emotionally strong enough to break away physically if not necessarily emotionally. He was adopted by Frank Marshall, an old hippie who gave him a home and structure and sent him to school, and more importantly didn’t expect to either get a blow job or use him as a punching bag in return. When that old hippie is murdered at the beginning of the story, it sets Forest’s world into a tailspin. Just because Forest is legally an adult doesn’t mean he is remotely ready to let go of the only stable and good person in his life.

Connor steps into the breach, literally, as he is the one who holds Forest as he cries for the man he called “Dad”. What surprises Connor is how much Forest gets under his skin. Connor is the oldest Morgan child, and he always expected to grow up to be his father. That meant becoming a cop, rising in the ranks, finding a wife, having a family. Finding a husband instead has never been on his conscious radar, so falling for Forest throws Connor for an internal loop of epic proportions.

In the middle of the internal angst, there’s the big external elephant in the room. At first, Frank Marshall’s death looks either like an accident or possibly murder for gain. But when someone starts targeting Forest and the studio and coffee shop he inherited, it begins to look like something else.

This is my quibble with the book. As much as I love the Morgans, and loved Connor and Forest together, and I especially loved seeing Forest become part of whatever Miki and Damien’s new band is going to be, the reasons for the suspense in this series are getting a bit further out there.

The band that replaces Sinner’s Gin should probably be named the Bad Luck Bunch, or something along that line. The reason why Miki got targeted in Sinner’s Gin made sense. While the reasons for Damien’s troubles almost made sense, the explanations didn’t quite cover the motives completely. And for Forest, the killer’s motives end up being pretty far out in la-la land. No group this small should be the target of this many completely separate crazed killers. On this score my mind is officially boggled. 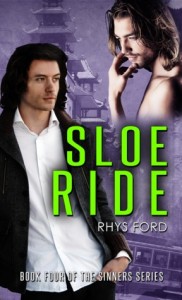 But I still love the series and I’m definitely looking forward to Sloe Ride next month. It’s going to be especially fun to see the Morgan in the story as the protectee instead of the protector for a change.

One thought on “Review: Tequila Mockingbird by Rhys Ford”