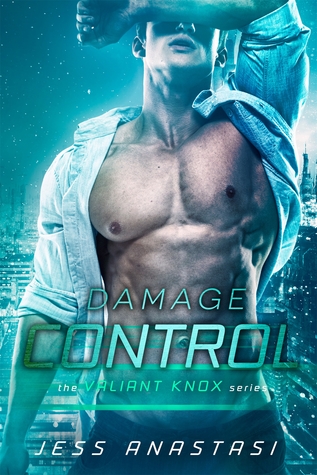 In space, you can't hide from temptation...
Nick-named Hardass by the new recruits, Leigh Alphin is captain of the Fighter Force of the battleship Valiant Knox. He’s honorable, straightforward, and hard as nails – except for the soft spot he has for a young woman he rescued off a transport under attack. Now that she’s one of his new recruits, it’s imperative he stop thinking about her in that way.
Especially now that the Knox has been secretly infiltrated by the enemy.
Mia Wolf’s new commanding officer is icy, no-BS, and completely gorgeous. His glances send heat searing through her. Neither of them can afford to make this mistake, yet desire takes hold, consuming them. For the first time, Leigh’s iron sense of honor falters as his heart fights for love… and against an enemy trying to destroy everything they hold dear.

Welcome to the Valiant Knox, a floating city in space. More like a flying city. Think Battlestar Galactica, with the long-running war being not quite as devastating. At least not yet.

The Valiant Knox is an Alliance space battleship, on the side of the good guys fighting the evil CSS. The CSS believes in bombing everyone back to a religious-based stone age, even as they use stolen Alliance space ships to get that job done. 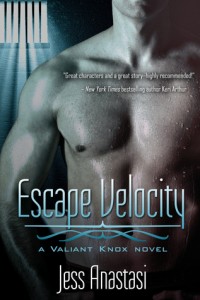 The CSS still strikes this reader as basic fundamentalist-type loonies, but they seem to be damn effective loonies. If space opera with a very strong romantic element is your thing, start with Escape Velocity (reviewed here) to read this series from its start.

While the setting of the Valiant Knox itself is very cool, the series as a whole still strikes me as gateway science fiction romance for readers who love military romance and just aren’t sure about the whole “space” thing.

A lot of the story, and an equal amount of the tension in the romance, will feel very familiar to readers of military romance. New recruit Mia Wolfe is rescued by Captain Leigh Alphin of the Valiant Knox. Wolfe needs a rescue because the CSS has infiltrated the Alliance hierarchy, and someone knew just when the shuttle carrying new recruits to the Knox would be the most vulnerable to enemy action. Her shuttle squeaks into the Knox cargo bay, with the engines about to explode. Instead, Alphin disobeys orders and board the fire ship all by himself. He barely makes it to the bridge controls to cut off the doomed shuttle’s engine in time. In time before he succumbs to smoke inhalation, and in time before the cargo bay is vented to space to prevent the shuttle from taking the Knox with her in a ball of flame.

Mia Wolfe is one of many in the ship of recruits, but her dogged determination to keep both her unconscious friend and herself alive with one gas mask during the fire snags at Alphin’s heart. A heart most people claimed he didn’t have.

He assumes that the raw recruit will be assigned somewhere else in the war effort, probably to the planet below. Which gives him a bit of license to let the young woman know how much he admires her courage, and lets him just be human for a minute in her company, instead of always sealing himself inside his hard ass, Captain Air Fighter Forces (CAFF) persona.

(His rank feels borrowed directly from BSG, as both Lee Adama and Starbuck served as CAFF on that series at different times. Leigh is high in the chain of command, serving as the commander of all the fighter squadrons on the ship.)

Of course, Murphy’s Law states that the one woman Leigh let his guard down in front of is assigned to the fighter squadron. Now she’s not just forbidden because she’s a recruit, but because she is his recruit and he will have the responsibility of judging her fitness for the squad or washing her out and kicking her planetside to the ground forces.

They are as stupid for each other as romance readers could want. They both know that any relationship is a career-killingly bad idea for both of them, but they can’t seem to resist. To make the situation fraught with even more peril, the ship’s commander, Kai Yang from Escape Velocity, is fighting for his career as he tries to ferret out just how many CSS moles are aboard the Knox, and he asks for Leigh’s help.

Leigh gets Mia Wolfe involved in his covert intelligence operation, which provides even more opportunities for them to be dangerously alone together. But as the attacks against them and the Knox escalate, their relationship also shows them just what they have to fight for.

Escape Rating B+: I like this series a lot. It reminds me of a cross between BSG and Stargate SG1, but in my book those are awfully good progenitors for a military SF series.

The relationship between Mia and Leigh is a slow burn that heats up fast. And that any relationship will be extremely damaging to both their careers just adds that luscious flavor of forbidden fruit to the whole thing.

It’s easy to see why their relationship is so dangerous. At the moment, he controls her future career. And by entering into a relationship with a recruit, he leaves himself wide open to charges of favoritism by any other recruit. And then there’s the power imbalance. This just shouldn’t happen.

But they have something for each other. Leigh is tired of having nothing in his life except his job. A good job will not love you back, as the saying goes. Mia has the potential to be his equal, given time and experience. But with a deadly war escalating, time is one thing they do not have.

There is a traitor in their midst. Leigh knows it, and so does Yang, but can’t figure out who among his trusted officers might be the moles. Mia has some mad computer skills, and is capable of ferreting out the truth, if Leigh can keep them both alive.

The tension ratchets up in every direction. Not just the romantic and sexual tension, but the tension of the situation. They need to find the moles and plug the leak. They need to keep their relationship under wraps. Yang needs to fend off the bureaucrats who want to end his career, and possibly the effectiveness of the Knox along with it. And the moles are out to get them personally, as well as get the Knox and the Alliance in general. (I have a sneaking suspicion that the political movement against Yang may turn out to also be a product of CSS moles, but only future entries in the series (please let there be some!) will tell me if I’m right)

The plot doesn’t let up for a minute.

As much as I’m enjoying this story, I still want to know a lot more about the crazy CSS. Because we see everything from the side of the Knox, we aren’t able to get deeply into their motives and operation. They still seem like lunatic fringe fundamentalists. For this story to move from B+ into the A’s this reader needs to see more explanation for why these bad guys have turned so bad.

But Damage Control (and Escape Velocity), the continuing adventures of the Valiant Knox, are still a marvelously fun ride. 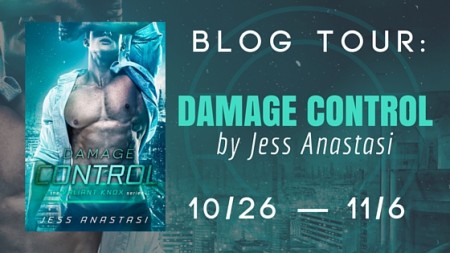 So that new readers can get caught up with the Valiant Knox, Entangled is giving away two ebook copies of Escape Velocity to lucky commenters on this tour. 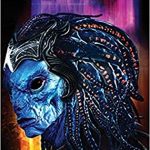