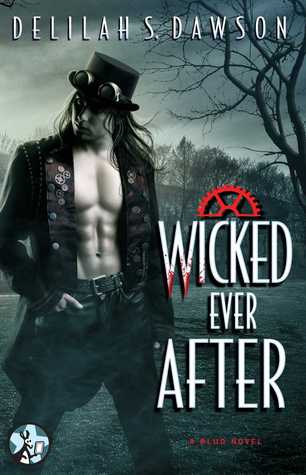 Delilah S. Dawson’s award-winning Blud series comes full circle as Tish and Criminy, stars of Wicked as They Come, embark on a sexy and harrowing final adventure in a world RT Book Reviews called “delightfully edgy with hidden charms.”
Ever since landing in the magical world of Sang and falling in love with dashing ringmaster Criminy Stain, Tish has been waiting for the axe to fall. Until her dying grandmother’s last breath on Earth, Tish can’t bring herself to give up her all-too human frailty and commit to life on Sang as a youthful, long-lived Bludman like her handsome husband. But when a peculiar twist of fate delivers Tish’s grandmother to Sang, an unexpected chain of events forces Tish and Criminy to embark on one last wild adventure. From old friends to new and into the lair of terrifying enemies, the couple’s love and longevity will be pushed to the brink by each harrowing encounter. Is blud thicker than blood, and can Tish and Crim find their wicked ever after?

Welcome back to Sang, the world of Criminy’s Clockwork Caravan. Sang is a beautiful and terrifying place that seems to be where some folks find themselves when they are lost in a coma or otherwise end up on the border between life and death.

Tish found herself there six years ago, brought by a spelled locket infused with the magic of Criminy Stain, master of the caravan. Tish’s life will never be the same, if she doesn’t use it all up moving between Criminy’s world and our own, where she cares for her dying grandmother. 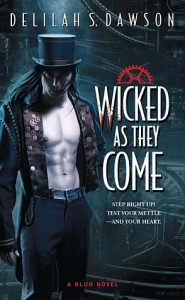 The story of how Tish found herself in this mess is in Wicked as They Come (enthusiastically reviewed here). During the six years that Tish has been in and out of Sang, there have been other adventures, and some misadventures. Readers have met fantastic and fantastically strange people and beings in this alternate, slightly steampunk version of our world, where some people are “pinkies” like us, and some embody the best aspects of what we would call vampires. Bludmen and bludwomen are apex predators who live on blood of all types. They go where they please, when they please, and certainly don’t have to hide in the daytime.

In all of the stories in the Blud series (The Mysterious Madam Morpho, The Peculiar Pets of Miss Pleasance, Wicked as She Wants, The Damsel and the Daggerman, and Wicked After Midnight) no matter where the story takes us it always comes back to Criminy, Tish and the caravan.

In this final story in the series, everything comes full circle. The spell that Criminy used to bring Tish to Sang, the witch he bludded long ago, all their friends and all their enemies, take the stage one final time so that Tish can finally be who she was meant to be, and so that Criminy finally gets the whole of the wish he wished when he brought her to Sang.

Escape Rating A-: As much as I loved Wicked Ever After, this is not the story to introduce readers to Sang. If you love paranormal stories with either a steampunk or carniepunk flavor, start with Wicked as They Come. It is a marvelous introduction to this strange and deadly world, with deadly adventure and a beautiful love story into the bargain. 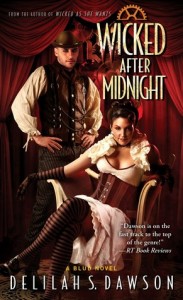 In Wicked Ever After, it seems as if every person whose lives have been touched by Tish and Criminy, especially by Criminy, enters the stage in order to take their final bows in this series. Casper and Ahna (Wicked as She Wants) are in Paris at Demi and Vale’s burlesque theater (Wicked After Midnight) to visit with friends and sample the delights of Paris, as they often do.

But it is Demi’s theater that becomes Tish and Criminy’s base of operation when they come to Paris to hunt down the witch who seems to have kidnapped Tish’s grandmother Ruby.

Neither Tish nor Ruby should be in any kind of danger. As a gift to the dying woman, Tish brought Ruby to Sang and Criminy turned her into a bludwoman, giving her a new life as a young predator. Tish finally allowed Criminy to blud her as well, after a near-fatal attack and in her need to chase after the grandmother who no longer needs rescue. Or even care.

As Tish hunts the witch and her grandmother, she grows into the bludwoman she has finally let herself become. The readers see her become the person she was always meant to be.

In the final confrontation, all the events of Tish’s life in Sang come full circle, even the things that happened to Criminy before she arrived. The resolution is surprising and cataclysmic. The change of Tish’s shaky happy for now into a fantastic happy ever after is wonderful and cathartic and a marvelous end to this terrific series. 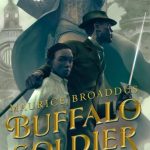 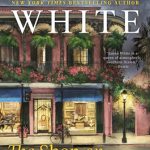 Review: The Shop on Royal Street by Karen White

One thought on “Review: Wicked Ever After by Delilah S. Dawson”