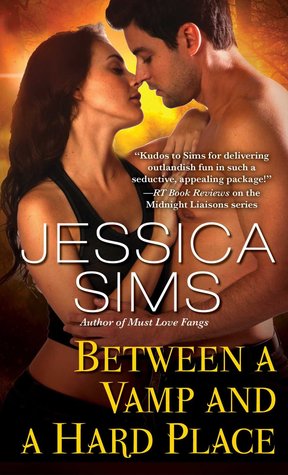 In the wickedly funny spirit of bestselling authors Kerrelyn Sparks and Molly Harper, this sexy paranormal romance features an estate broker and a 600-year-old vampire out for revenge.
Lindsey Hughes loves antiques and couldn’t be happier to make a living in the estate sale business. But when her assistant accidentally buys an entire estate without her approval, Lindsey is forced to clean up the mess herself.
Lindsey travels to the newly purchased, age-old house in Venice, Italy, and soon discovers more than she (never) bargained for. While digging through the hoarder’s trove that fills every floor, she finds a secret staircase behind a wall that leads to a strange coffin…with an even stranger inhabitant.
Vampire Rand FitzWulf has been in his coffin for 600 years. But now that he’s awake, he’s ravenous, and there’s a delicious-smelling woman with a rare blood type in his basement. Luckily, Lindsey has more to offer than blood: she agrees to travel throughout Europe with Rand to help him get revenge on the one who turned him. But as the unlikely pair grows closer, will the billionaire vampire be overtaken by his thirst for blood—or his thirst for love?

And color this reader disappointed. I was expecting another story about the Midnight Liaisons paranormal matchmaking agency. I love that series, as reflected in my review of the fourth book, Must Love Fangs. Let me put it this way, I love this series enough that I mostly buy them instead of getting free ARCs. Unfortunately for the purpose of a trail of evidence, when I spend my own money I don’t always write a review. 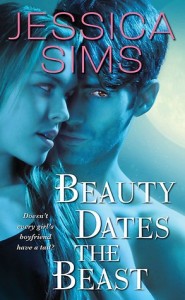 The Midnight Liaisons series is purely snarktastic fun with a paranormal romance twist. For a good time start with Beauty Dates the Beast, and keep reading until you can’t stop laughing out loud at the dialog. Then keep reading so your buzz continues.

Between a Vamp and a Hard Place is a beast of an entirely different color, type and species. It’s a lot closer to Kerrelyn Sparks’ Love at Stake, Katie MacAlister’s Dark Ones or Lynsay Sands’ Argeneau series.  Those are series where rich vampires in the 21st century meet modern women and get their attitudes dragged into modern times as they fall for each other in spite of all sorts of barriers both real and imaginary. The story is told mostly for humor, with a slice of HEA, or should that be bite, added for spicy good times.

In Between a Vamp and a Hard Place, would-be antiques dealers Lindsey and Gemma have one month to clear out an abandoned apartment in Venice in the hopes that they will find something worth the $10,000 that Gemma paid for the privilege. They do find antiques. They also find a vampire who has been dormant for six centuries with a stake through his heart. A lot of traditional vampire lore gets skewered in the service of fiction, but that part works pretty well.

Rand FitzWulf has a lot to learn about the 21st century and the women in it. But before he can, or if he can, settle down to life with his new blood vassal Lindsey, he has to find the vampire who ordered his staking all those centuries ago, and do unto him before Rand gets done onto again.

In this fish out of water story, Rand ends up charmed by Lindsey, and Lindsey falls in love with Rand. How much of the start of their relationship is due to Rand’s powers is an open question to the reader. And how much Rand’s love for Lindsey has its roots in her extra tasty Hh blood group (which does surprisingly exist) is an equally questionable conundrum.

But as Rand and Lindsey chase his nemesis across Europe using his vampire “spidey-senses”, the slightly lost vampire and the in way over her head modern woman become partners, friends and eventually lovers.

Lindsey always believes that her time with Rand is temporary, but when they come face to face, and fang to fang, with the original Dracula, no one expects to get out alive as Lindsey, Rand and Gemma trip over themselves trying to save each other.

It’s so crazy it just might work. But at what cost?

Escape Rating B-: Some of my rating is due to my disappointment. I just didn’t get the book or the experience I was expecting.

On the other hand, the scenes of Lindsey choking down garlic to make her blood poisonous to Rand’s enemies were absolutely priceless. It sounds awful, but the descriptions are awfully funny.

The way this story is set up is an interesting way of dealing with the vast power differential between a vampire and a human, especially a relatively young one. Lindsey starts out feeling a bit sorry for Rand, and Rand is forced to admit he needs Lindsey as his guide to the 21st century, and for that he needs her willing and not under his thrall. He can force her into doing whatever he wants, but when he does that he loses access to her knowledge of how the world works. And he needs that knowledge badly. Understanding a language, which he does by magic, is not the same as understanding the meaning behind it.

So there’s a strong feeling of Stockholm Syndrome in Rand’s love for Lindsey. And an equally strong feeling of responsibility in Lindsey’s love for Rand. He needs her and she needs to take care of him. It works for them, and it works as part of a very high-stakes road trip to Hell. But I just wasn’t totally sold on the romance. I could see them bonding, but I couldn’t see them staying bonded. Of course, things change.

Between a Vamp and a Hard Place had lots of interesting bits, and Lindsey’s and Rand’s banter is often hilarious. But this story just didn’t put the bite on my happy place the way that the Midnight Liaisons books do. 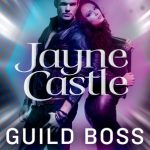