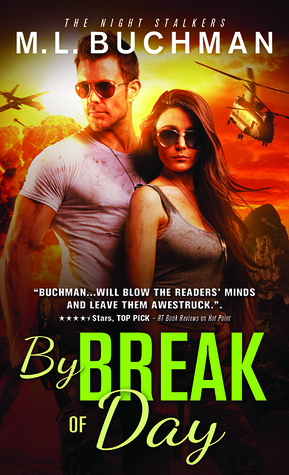 Captain Kara Moretti flies high in her MQ-1C Gray Eagle UAV. It is the Night Stalkers' eyes and ears in the sky, and being behind a remote control and one step back from the action has always worked for her… and her love life.
Right until Captain Justin Roberts walks straight through her shields and into her heart. Justin is a pilot who loves being right in the middle of the fray. Together they'll go where life, limb, and heart are at risk in the Mongolian wilderness. But Justin learns there's something more important than missions - Kara.

I didn’t quite stay up until break of day to finish this book, but it was close. I’ve enjoyed every single book in Buchman’s Night Stalkers series, starting with The Night Is Mine, reviewed here four(!) years ago.

And one of the best parts of this series is that it has become real in those four years. At the time that The Night is Mine was published, heroine and decorated chopper pilot Emily Beale of SOAR was aspirational and inspirational, but not possible. Now she and her sisters-in-SOAR are still inspirational, but are an achievable goal. All combat positions, including SOAR, have been opened to women. Readers no longer have to check their reality-meters at the door to fall for this series.

For those who love military romance, the Night Stalkers are consistent winners.

At the beginning of the book, Kara is also conducting her first mission as the unit’s new Air Mission Commander. It’s a daunting job, made even more pressure-filled if she pauses to think about her predecessors in that job; the legendary Mark Henderson (story in The Night is Mine) and his equally impressive successor, Lieutenant Archie Stevenson (story in I Own the Dawn), now both retired and fire fighting in Oregon. 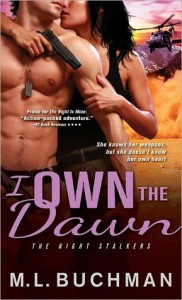 But Kara’s first foray as AMC, a testing and training run for the U.S. Turkish allies, is a success, and cements her new position. It is also the first time we see Kara get into the heads of all of her pilots as well as deducing the “enemy’s” traps with seconds to spare.

And after the mission, we see the progress of Captain Justin Roberts low, slow and sometimes confused pursuit of Kara Moretti finally trip him up and flare into life.

These are two people who probably wouldn’t have met outside of SOAR. Moretti is Brooklyn born and raised, and her Italian-American family owns a neighborhood Italian grocery and pasta shop. Everyone not working the store is a cop.

Roberts is from the other end of the country, and the other end of everything. He’s Texas through-and-through, to the point of wearing a cowboy hat whenever he doesn’t need his helmet on. His family owns ranches, including the best Quarter Horse breeding ranch in the country. In spite of his cowboy manners, Justin is from old money, and lots of it. He just doesn’t throw it around.

Roberts and Moretti bond over a black-in-black operation in the Israeli desert. At first, it seems as if their mission was a complete success. Until everyone involved in that mission; Colonel Michael Gibson of Delta, the high-level Army Intelligence unit they extracted, and the even higher-level pain-in-the-ass and button-pusher who ordered that mission all show up back in their lives with the news that enemy agents have infiltrated both the top-secret Israeli base and the American Army unit posted alongside them. It’s up to Kara to command a mission to take care of all the leaks, even as she doesn’t want to think about exactly what plugging those leaks means.

Until it all goes completely pear-shaped, and Kara is forced to shoot down Justin’s chopper as he seemingly goes rogue. She figures out exactly what he means to her, as she makes the call that blows his bird out of the sky.

Escape Rating B+: This series isn’t just good, it’s consistently good. When I pick one up, I know that I’ll be treated to a sweet/hot romance, a hero and heroine who are equals in everything, an immersion into a military family that I’ve grown to like and respect, and pulse-pounding action with guns blazing and lives on the line.

At the beginning of this story, the women of SOAR get together and let Kara know that her odds of not falling for Justin Roberts are just not in her favor. It’s a moment that shows the bond between all of these spectacular and spectacularly capable heroines. And it also lampshades the fact that every woman who joins their unit inevitably falls in love with one of the men either in or attached to SOAR. And that their marriages, unlike many military marriages, have chance of lasting because the rules for Special Operations are just a bit loose. These couples deploy together, not halfway around the world from each other. The requirements to get into this unit are just too stringent to force anyone out just because they married someone who understands what they do, because their spouse is just as highly qualified and mission critical as they are.

Perhaps this is barely plausible, but it is absolutely marvelous just the same.

Like so many of the heroes and heroines in this series, neither Kara nor Justin has led a charmed life, in spite of the relatively happy families they both come from. Kara reflects her experience as a woman in the military – she is constantly looking out for someone to treat her as a sex-object instead of an officer. She’s happy that the incidences of such treatment are much fewer and farther between in SOAR than anywhere she has served.

She’s also conscious that while the unit treats her as a pilot, in fact she doesn’t put herself in harm’s way the way the others do. Her remote controlled birds are crucial to the operations of their missions, but her own life is safely back at base on the U.S.S. Peleliu while those missions are conducted. And Kara always has her guard up, because as much as her family loves her, they are always trying to shove her back into the expected box, and she resists and resents it, even though she loves them.

Justin lost a helicopter and his entire crew to a terrorist who threw high explosives into the bird in a supposedly safe location. Everyone except Justin died, and his back is a mass of burns and scar tissue. He’s lost his sense of inviolability, and he still mourns the men and women he lost every day.

So these two wounded people find each other, fall in love, and learn about each other after the fact, then have to figure out whether it’s just a fling or if they have a future. When it seems like that future may have ended before it begins, the reader’s heart breaks with Kara’s, even though one is almost positive that it can’t end that way. And it doesn’t.

Finding out who the real villain is behind all this mess, and watching him get his just desserts, was the icing on a very tasty cake.

Sourcebooks is giving away a Night Stalkers book bundle to one lucky entrant on this tour! 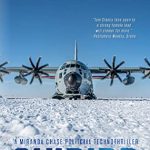 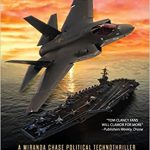 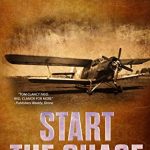 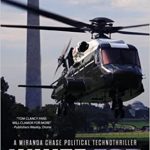 One thought on “Review: By Break of Day by M.L. Buchman + Giveaway”